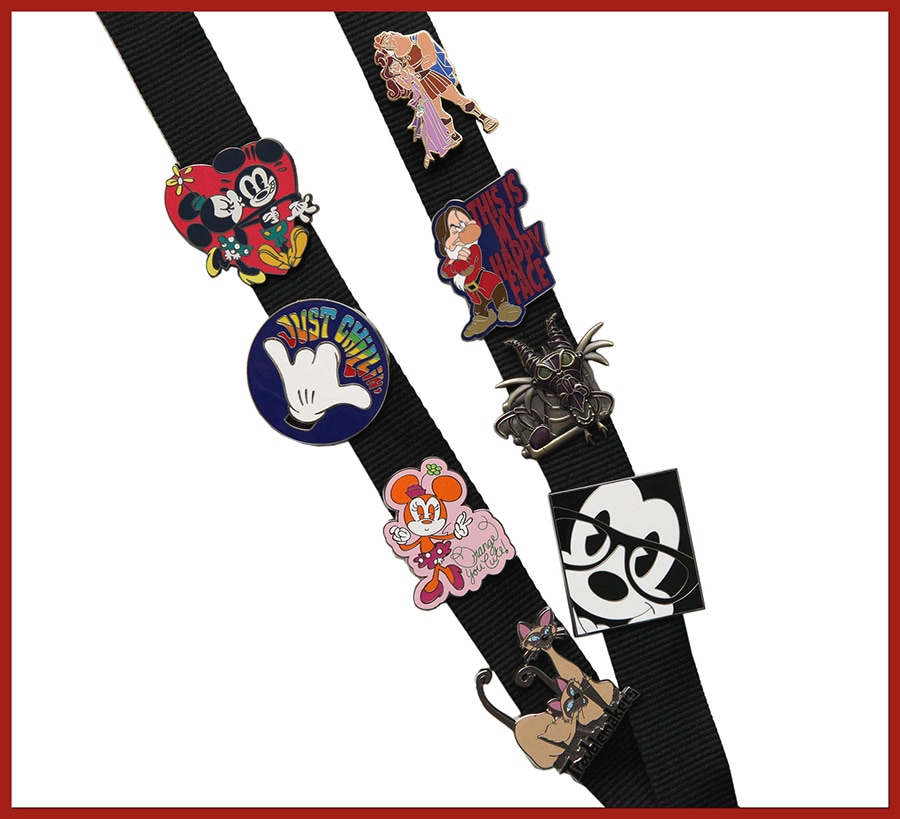 Spotlight on New Pins Arriving in July 2014 at Disney Parks 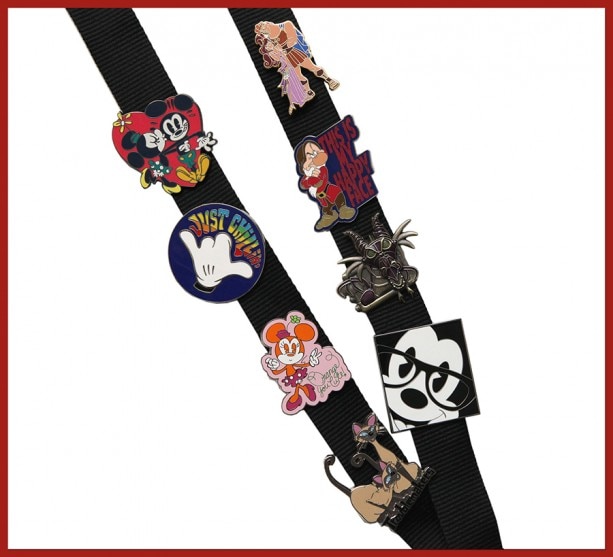 This summer, the Disney pin team is releasing about 250 new items for guests to collect or trade at Disney Parks. It’s time to turn the spotlight once again on some new pins coming to Disneyland and Walt Disney World Resorts this month. I spoke with Erin Catalano, the merchandiser behind many of these pins, about some of her favorite selections. “There are so many favorite pins we are releasing this month,” exclaimed Erin. “I love the new four-pin chalkboard art set featuring characters from Walt Disney’s ‘Alice in Wonderland.’ The set reminds me of the chalkboard art-inspired home goods found in the Marketplace Co-Op at Downtown Disney Marketplace in Florida. I also like the vintage Mouseketeer logo as it recall watching the Mickey Mouse Club when I was younger. Finally, Disney’s ‘Hercules’ is one of my favorite animated films, so I included a pin with Hercules and Meg.”

I was happy to see that Blank and Bow, the adorable Vinylmation figures from Valentine’s Day this year, will come to life in pin form.

I also recently spotted the Anna and Elsa pins at Wandering Oaken’s Trading Post & Frozen Funland in Disney’s Hollywood Studios for the Frozen Summer Celebration. Those pins are also available in a handful of other locations at Disneyland and Walt Disney World Resorts. 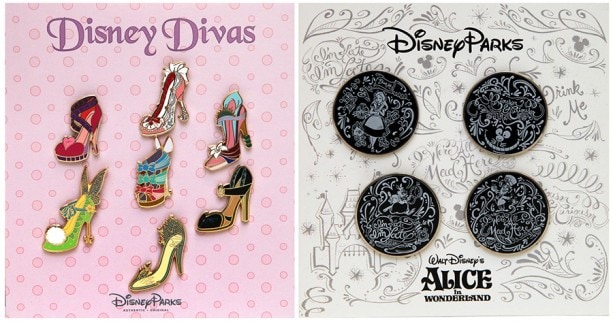 Speaking of Anna and Elsa, their shoe-inspired ornaments are included in a multi-pin set that contains other character-inspired shoes. 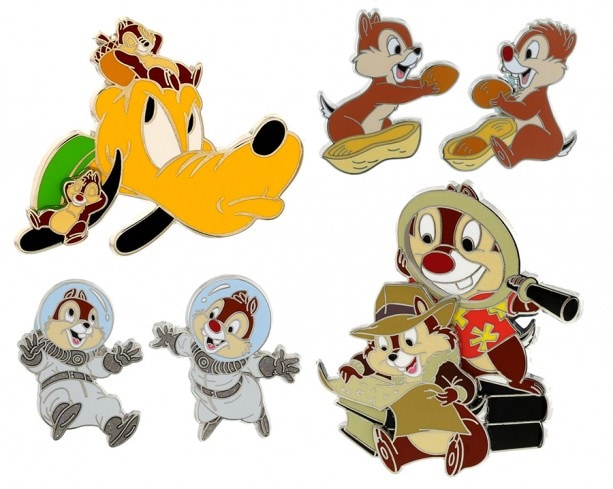 Finally, I pulled together an image of Chip ‘n’ Dale pins as I thought my fiancée would enjoy seeing them (she’s a super fan of those chipmunks). I also know there are a few fans that will be delighted to see a new “Chip ‘n’ Dale Rescue Rangers” pin (sing along with me … Ch-ch-ch-ch-Chip…).

Look for these pins in a variety of Disney pin locations at Disneyland and Walt Disney World Resorts.