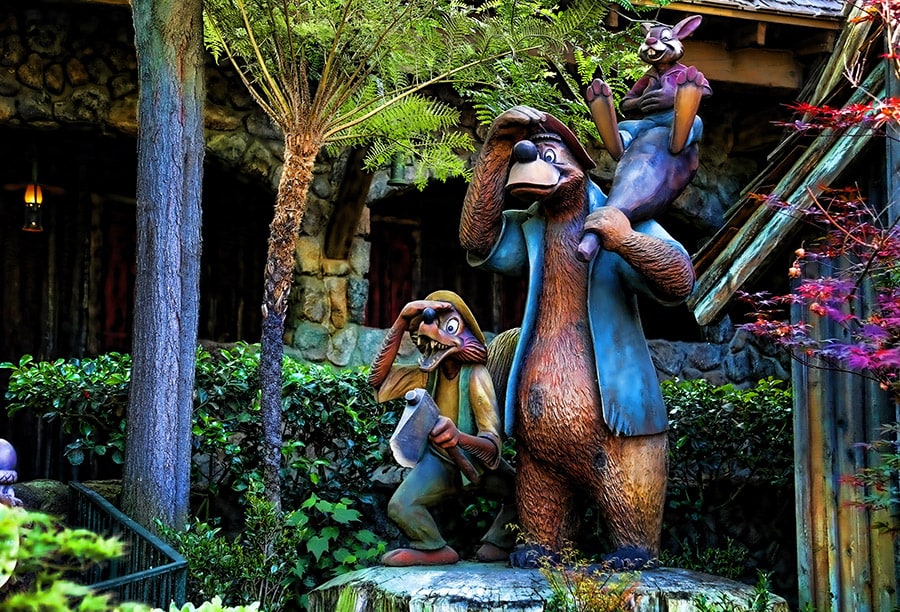 In my opinion, Splash Mountain at Disneyland park is the quintessential E-ticket attraction. There is something about plunging down Chick-A-Pin Hill that has made it my “laughing place” for as long as I can remember. Yesterday was not only the 59th anniversary of Disneyland park, it also marked the 25th anniversary of this beloved attraction. Today, I’m positively thrilled to continue “The Magic of Disney Parks Storytelling” series with an article from Critter Tales, a newspaper created by the animals of Critter Country, about the story of Brer Rabbit, Brer Fox and Brer Bear. In honor of the anniversary, enjoy this excerpt by Jasper P. Woodchuck about the story behind my favorite attraction, Splash Mountain. Nowadays, Brer Rabbit’s been living in a briar patch, deep in the heart of Splash Mountain. And not so long ago, old Brer Rabbit took it into his head that if he’d just up and leave his prickly home in the briar patch, then he’d be able to leave all his troubles behind, as well.

As soon as Brer Fox and Brer Bear got wind that Brer Rabbit was leaving his briar patch and setting out for an adventure, they decided to trap and catch him. Luckily for Brer Rabbit, he was able to trick Brer Bear into springing Brer Fox’s hastily devised rabbit trap. This made Brer Fox so furious that Brer Rabbit decided to play another trick on the two, and he began to tell them about a secret “laughing place” that only he knew about.

Sure enough, Brer Bear and Brer Fox followed that rabbit right to the foot of a twin oak tree … But instead of finding a laughing place, all Brer Bear found was honeybees. Suddenly, the rotted old tree gave way with a snap and pitched Brer Fox and Brer Bear into a darkened, water-filled cavern, buzzing with hundreds of angry bees.

Brer Rabbit laughed and laughed at the prank he’d played on the two scoundrels. Unfortunately for Brer Rabbit, however, he tended to laugh just a little too long at his own joke and before he knew what was happening, Brer Fox captured that hapless hare.

Brer Rabbit was dragged by the ears up to the top of Chick-A-Pin Hill, where Brer Fox’s lair was hidden in a hollowed log that jutted out over the mighty Splash Mountain waterfall. Brer Fox threatened to skin Brer Rabbit, and then to roast and eat him. But thinking quickly, Brer Rabbit told Brer Fox to go ahead and do anything with him he wanted, so long as he didn’t throw him over the waterfall into the Briar Patch. 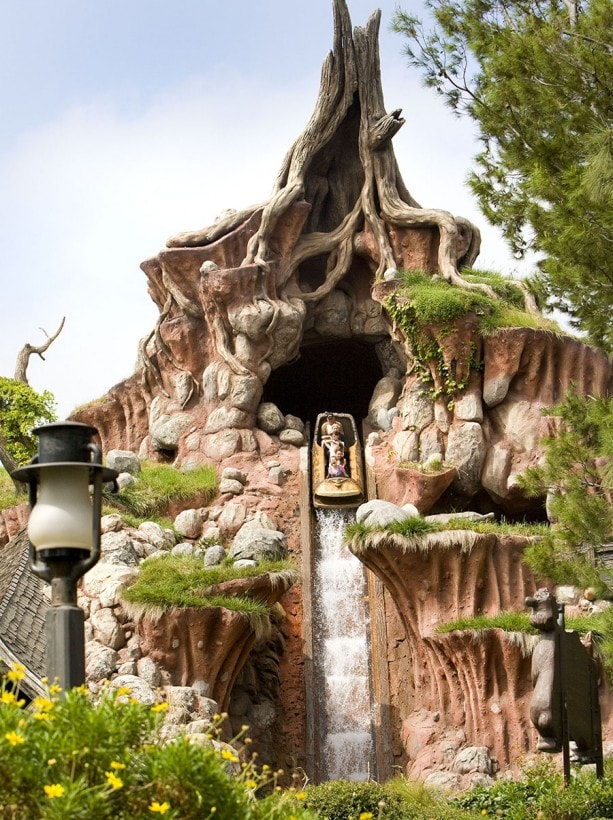 The briar patch is, of course, Brer Rabbit’s home sweet home. All the critters hereabout turned out to congratulate clever Brer Rabbit on having gotten away once again. And while Brer Fox and Brer Bear tried unsuccessfully to untangle themselves from the sharp, prickly briars, Brer Rabbit promised his friends that once and for all he had learned his lesson about leaving home, and that he is going to stay here forever and ever – at least until the urge to go adventuring strikes him once again.

What is your favorite memory on Splash Mountain? Leave your response in the comments below!