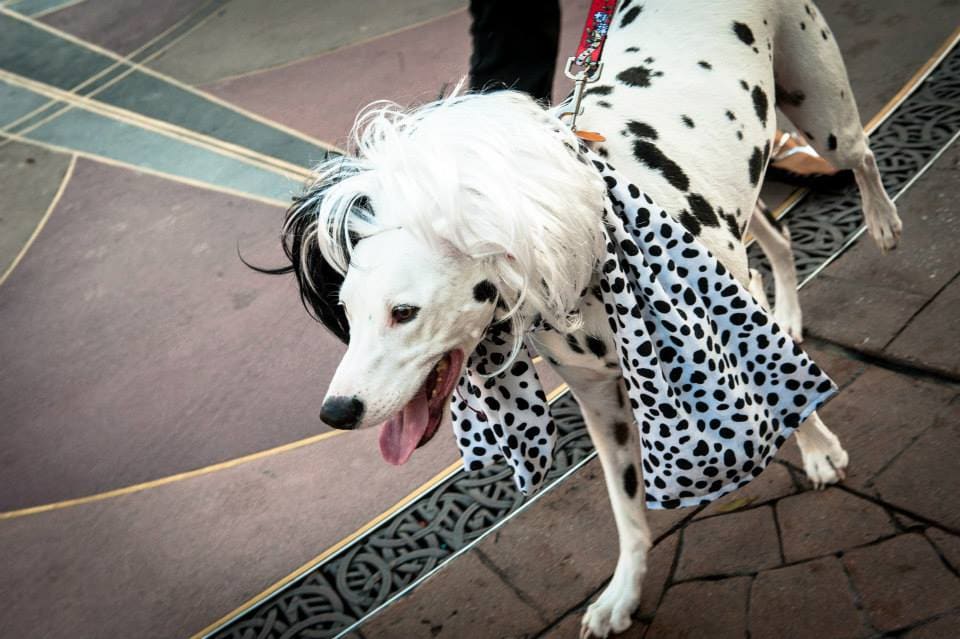 As the sun rose over the Walt Disney World Resort, 101 creatively costumed dogs and their owners walked the green carpet on Main Street, U.S.A., during our first-ever Disney Side Dog’s Day at Magic Kingdom Park. Pet dogs dressed as Disney princesses, pirates and even Cruella de Vil were featured at the tail-wagging event, which included a special doggie dance party in front of Cinderella Castle with your favorite Disney dogs like Pluto and Bolt. 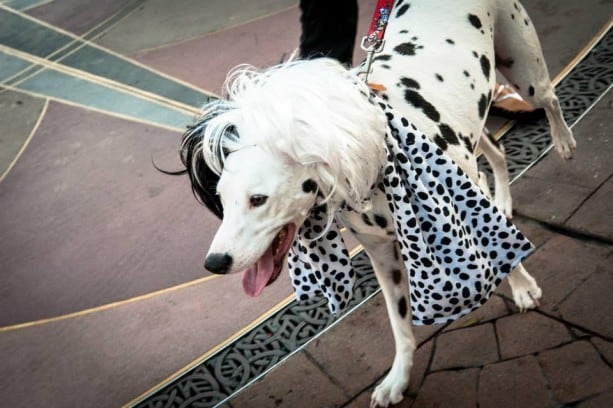 There was a special “Show Your Disney Side” costume contest before Disney character Goofy kicked off a first-of-it’s-kind dog walk around a portion of Magic Kingdom Park and through Cinderella Castle. The walk was led by Lily, a Labrador-Catahoula pup with a perfect Mickey Mouse-shaped spot on her lower back originally featured on the Disney Parks Blog, as well as members of the Disney Parks Blog team. Portions of the Disney Side Dog’s Day at Magic Kingdom will be included in an Animal Planet Disney Side edition of “America’s Cutest Pet” scheduled to premiere in October. The TV special will be hosted by actor and pet lover John O’Hurley who also showed up for our event.

A Disney Side Dog’s Day at Magic Kingdom Park Event

Be sure to check out our special gallery from the Disney Side Dog’s Day at Magic Kingdom Park – we had a great time and the costumes were spectacular.