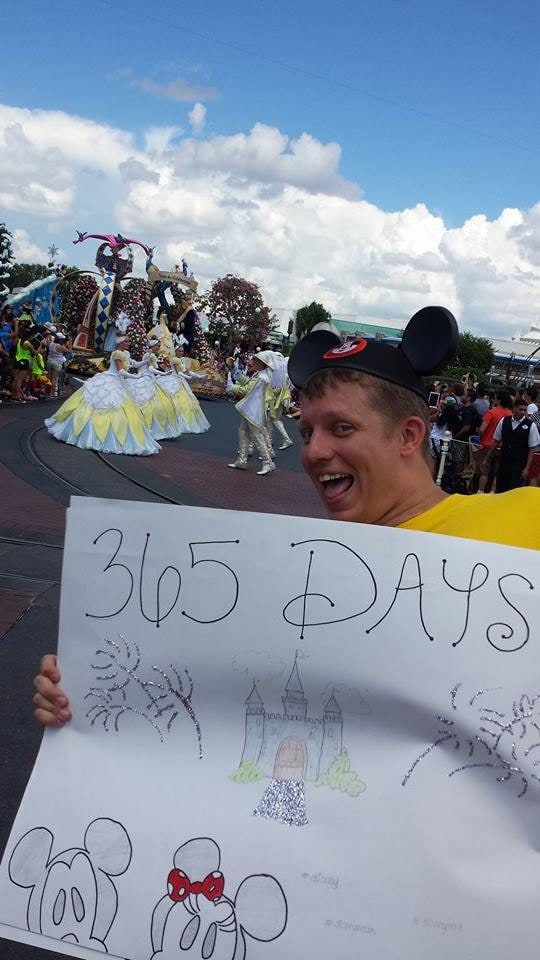 When one of my Downtown Disney partners told me about Brent Dodge, an Annual Passholder who visited the four Walt Disney World Resort Theme Parks every day for 365 consecutive days, I couldn’t believe it. While I love the parks, just the idea of visiting every day while working full time has me exhausted! I wanted to find out more, so I spoke with Brent myself to find out why he did it. First things first, he confessed that he hadn’t really passed through the turnstiles (or, in our new era of MyMagic+, ventured through the main entrance touch points) for a full year, “there were actually three days that I didn’t visit a park. I was on a Disney Cruise” he shared. Well, 365 days of Disney attractions, then. Consider me impressed.

Brent has been a Passholder since 2009, and currently carries the “Premier” pass, which also grants him access to Disneyland park. (I’d say he’s getting his money’s worth!) This Peter Pan’s Flight lover has visited the place where dreams come true since he was an infant, and when pressed for the “why” behind his latest all-year-long endeavor, he simply states, “Cause I’m a Disney nerd! If I live this close to Walt Disney World Resort, why wouldn’t I go every day? Especially when others are saving up thousands of dollars to go once in a lifetime.” Okay, he had me there. 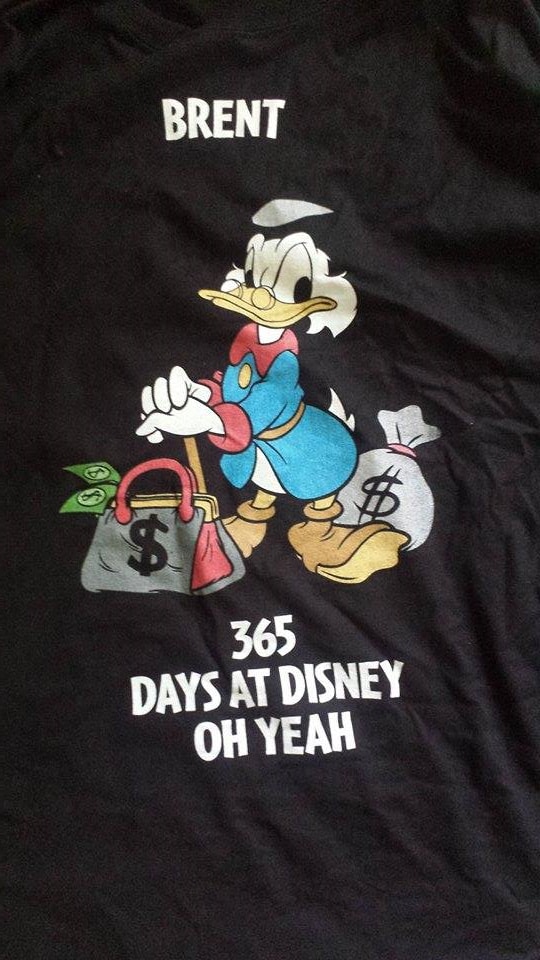 The “official” milestone was reached on August 13; of the estimated 2,200 days Brent has spent at the parks over his lifetime, that day ranks among his all-time-top Disney memories. “A friend surprised me with a custom t-shirt from Disney Design-a-Tee at Downtown Disney; it features my favorite character, Scrooge McDuck. A few other friends met me at Magic Kingdom Park with signs to celebrate, and we had a great view of the parade. We got to ride Peter Pan’s Flight, followed by another beloved attraction, Tomorrowland Transit Authority PeopleMover – three times!”

I’ll admit, it does sound pretty magical. While most of my days are spent at the Downtown Disney area, now that fall is fast-approaching, I plan to spend more time following in Brent’s footsteps and enjoying all that Walt Disney World Resort has to offer.

How about you … can you imagine a daily visit to the parks?