“When hinges creak in doorless chambers, and strange and frightening sounds echo through the halls … Whenever candlelights flicker where the air is deathly still, that is the time when ghosts are present, practicing their terror with ghoulish delight. Welcome, foolish mortals, to the Haunted Mansion.”

As a six-year-old boy, hearing those words spoken by Disney Legend Paul Frees as the “ghost host” became an indelible Disney memory for me – and don’t get me started on the stretching room, Madame Leota or the ghost that was sitting next to me on the way home! For me, there was no turning back then – or now – from one of the most uniquely entertaining Disney Parks attractions ever created. 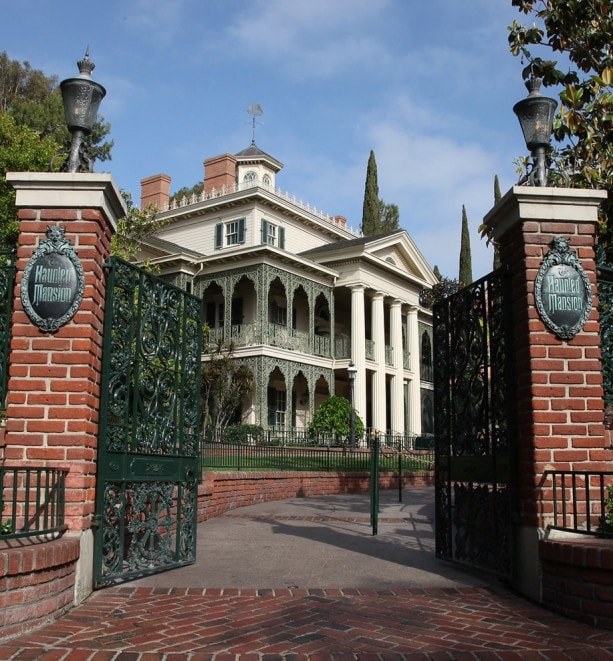 The 999 happy haunts of the Haunted Mansion have been throwing a swinging wake for 45 delightfully frightful years, and they’ve received the sympathetic vibrations of millions of Disneyland park guests who have come out to socialize.

The disquieting tale of the Haunted Mansion actually began more than 50 years ago when Walt Disney approved the creation of a riverfront mansion even while he hadn’t yet decided exactly what would go inside. Walt insisted, however, that the house appear well kept on the outside and not look dilapidated. 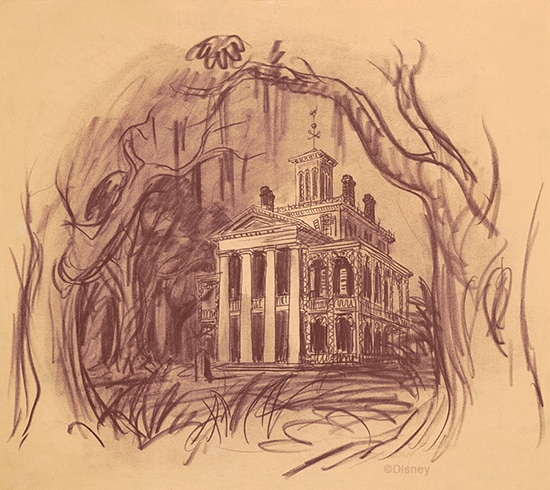 This rare concept drawing from Ken Anderson, courtesy of our friends at the Walt Disney Imagineering Art Library, was made in 1957. 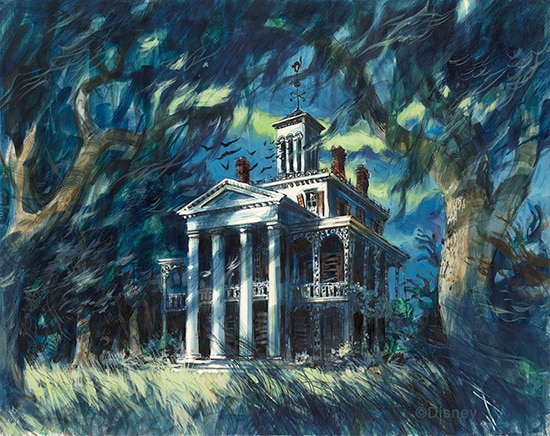 The library also provided this color artwork created by Sam McKim in 1958. In 1962, construction began on the beautiful southern plantation-inspired home, and in the years that followed, as Imagineers developed (sometimes competing) themes and stories of a Haunted Mansion attraction, a sign was placed in front of its closed gates to tease what was (possibly) to come. The idea for the sign was reportedly sparked by a comment Walt made upon returning from a trip to London when he remarked that he had been searching castles and old English countryside estates for ghosts looking for a new place to haunt. The sign would remain in place until the Haunted Mansion opened its gates more than six years later, in August of 1969.

Near the time of its completion, some publicity photos were taken to help illustrate the attraction’s unique blend of macabre humor and to celebrate the artistry of those responsible for bringing it to … life. 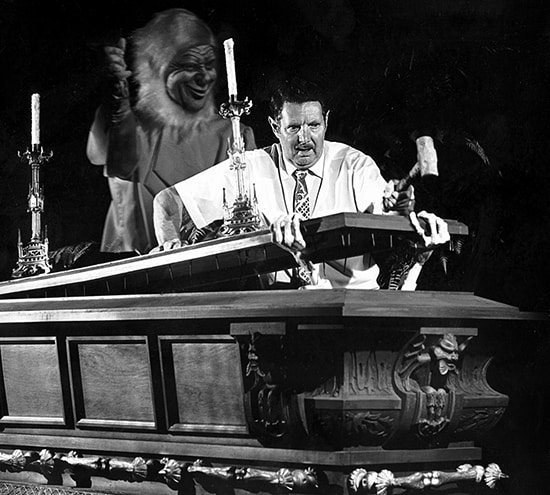 Here, special effects designer Yale Gracey tries to keep the lid on one of his latest creations. In this photo, Bill Justice tries to celebrate some of his technological accomplishments with a grim grinning ghost. 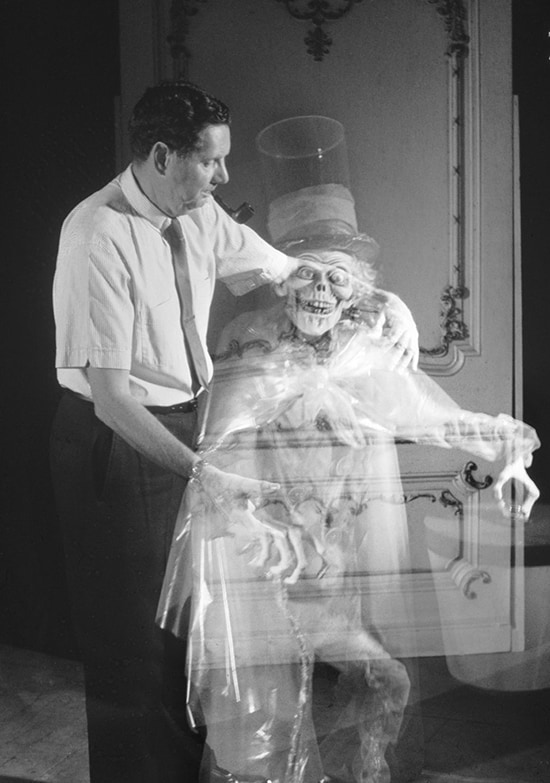 Finally, cameras captured a sighting of the elusive Hatbox Ghost with Yale Gracey. 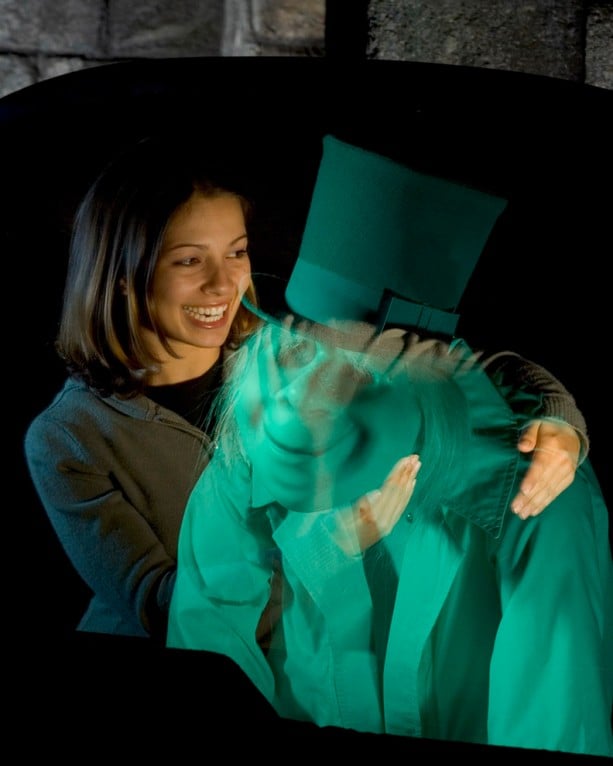 “There’s a little matter I forgot to mention. Beware of hitchhiking ghosts!”

Whether your first “doom buggy” ride was today, or 45 years ago, the Haunted Mansion is what it has always been: a true original that’s pure Disney magic.