As an alumna of Clark Atlanta University, one of our nation’s Historically Black Colleges and Universities (HBCUs), I was proud to take part in a unique college fair today at Disney’s Coronado Springs Resort. The HBCU College Information Fair brought together 100 students from Orlando’s Edgewater High School, HBCU advocates and Disney cast members who attended HBCUs. 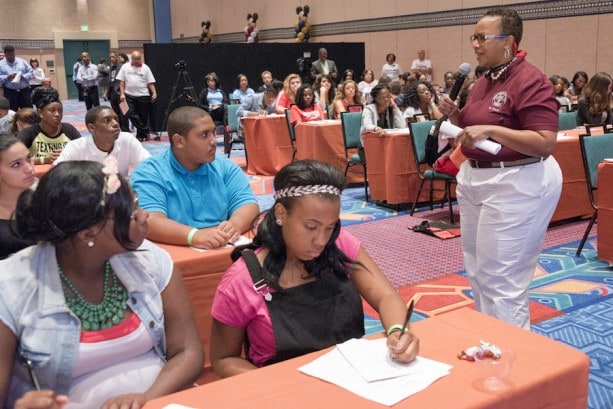 The event – which is part of the 10th annual MEAC/SWAC Challenge Presented by Disney – began with a presentation by United Negro College Fund Development Director Sherry Paramore, who outlined the value of an HBCU education, as well as how to prepare for college and secure scholarships. And though they’ll be rivals at Sunday’s MEAC/SWAC football game, representatives of North Carolina A&T State and Alabama A&M shared the stage amicably as they provided tips on making your college application stronger and applying for financial aid. 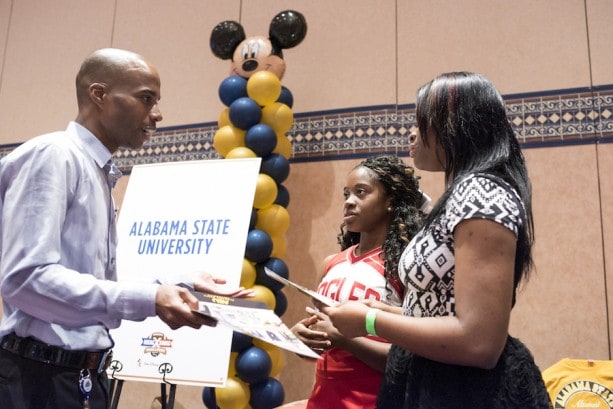 After the presentations, I joined fellow cast members who attended HBCUs in sharing my college experiences with students browsing the fair. As I explained how my academic experiences prepared me for a career at Walt Disney World Resort, I told them that enrolling at an HBCU is more than just being a student at a university. It’s becoming part of a network of future business and community leaders who share in the legacy of achievement. 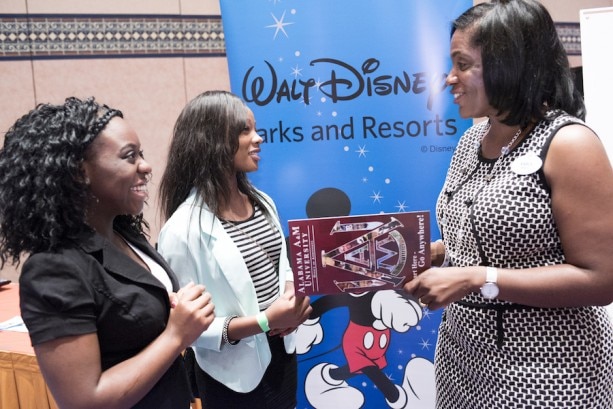 As we talked, I was inspired by their hopes, dreams and vision for the future. I hope they were inspired, too … and that I see some of them again one day as fellow Disney cast members!