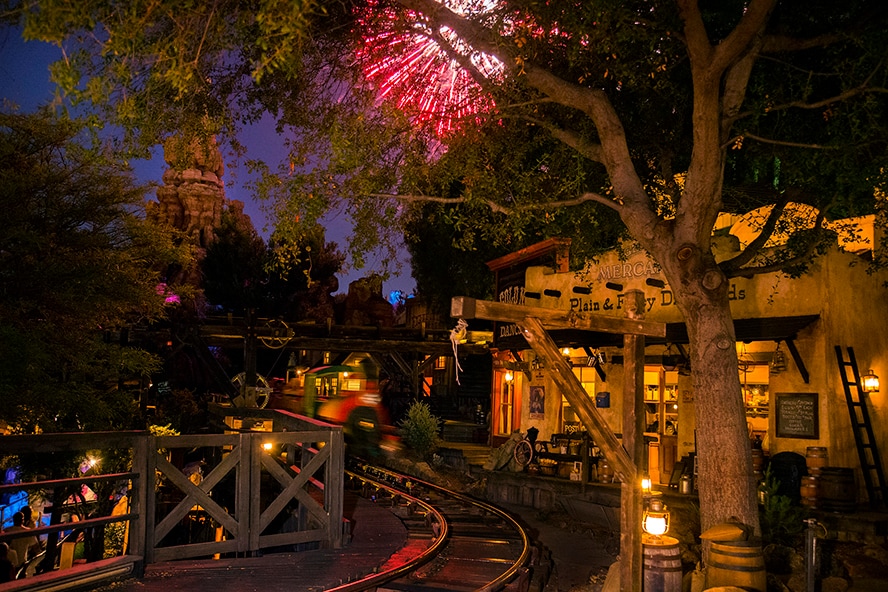 For this “Disney Parks After Dark,” I wanted to find a place in the Disneyland Resort where I could take a series of photos while staying in the same place over a short period of time. My goal was to make each photo look different without adding additional lighting. The first photo is a typical example of what I would normally take of Big Thunder Mountain Railroad. It was taken at 9:18 p.m. 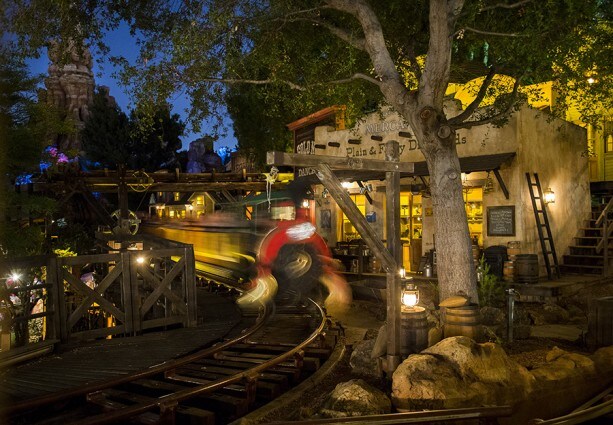 The second photo was taken at 9:22 p.m., but under the bright red glow from the finale of “Fantasmic!” on the nearby Rivers of America. 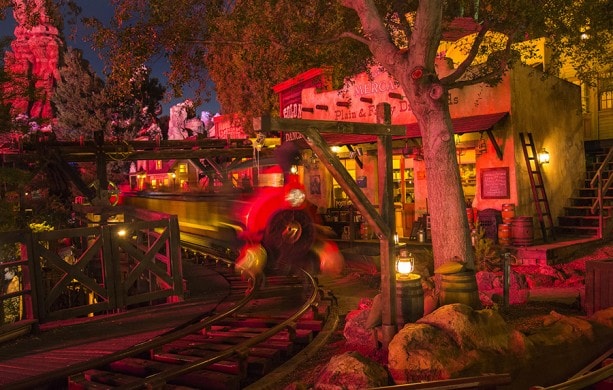 The last photo was taken at 9:32 p.m., during the “Magical” fireworks spectacular. For these three photos, I made minor adjustments in the camera to vary the blur of the trains. For this last photo, I moved the tripod a bit to the left to get more of the fireworks in the shot. 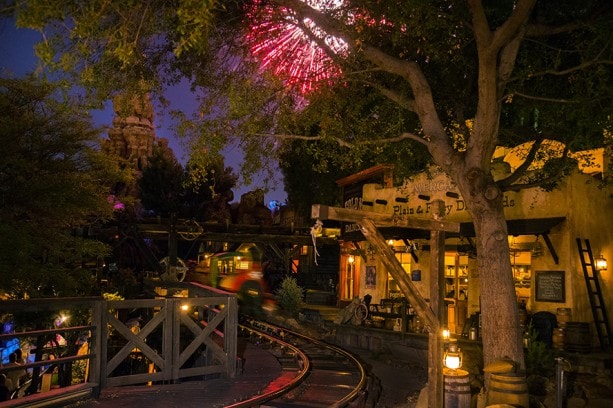