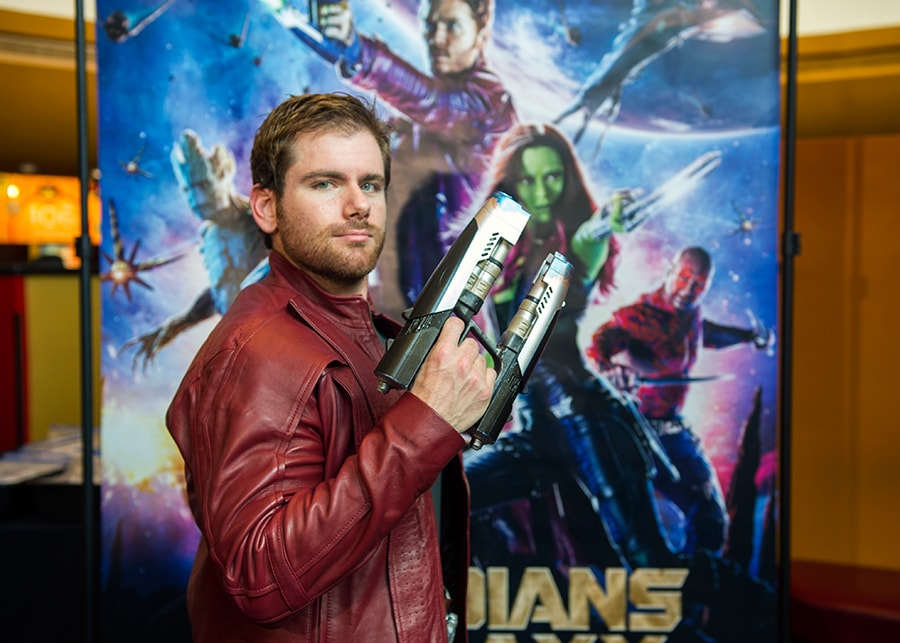 While the film “Guardians of the Galaxy” officially opens in theaters today, more than 500 Disney Parks Blog readers were just treated to a sneak preview of the film at Downtown Disney this past weekend.

The movie is an action-packed space adventure in which Peter Quill (a.k.a. Star-Lord) finds himself the target of a bounty hunter after stealing a mysterious orb. Quill is forced into a partnership with a quartet of misfits for one last, desperate stand — with the fate of the entire galaxy hanging in the balance. 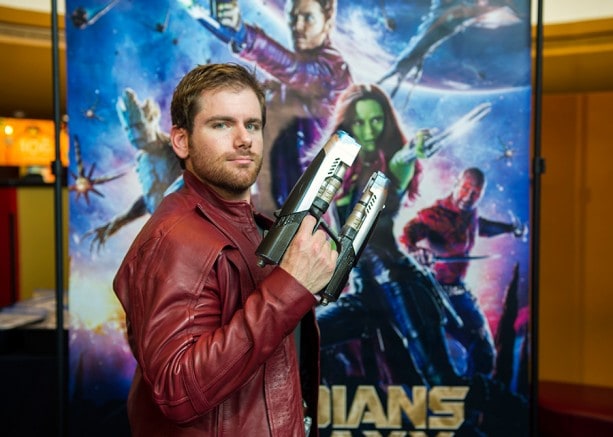 To celebrate their early viewing, many of our guests arrived at the theater dressed up as their favorite Super Hero, with several fans sporting homemade costumes inspired by “Guardians of the Galaxy” characters. (Check out this great one above). 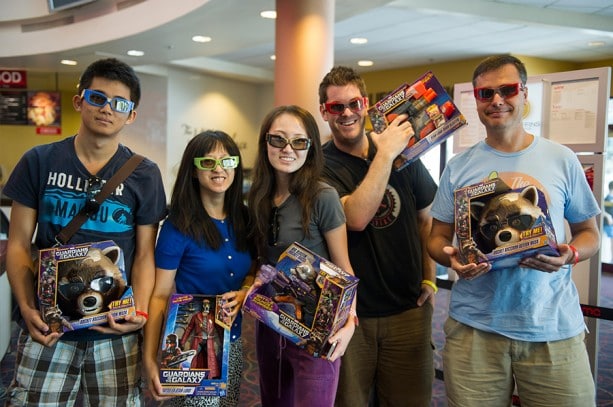 Check out the video above for highlights from our latest meet-up.