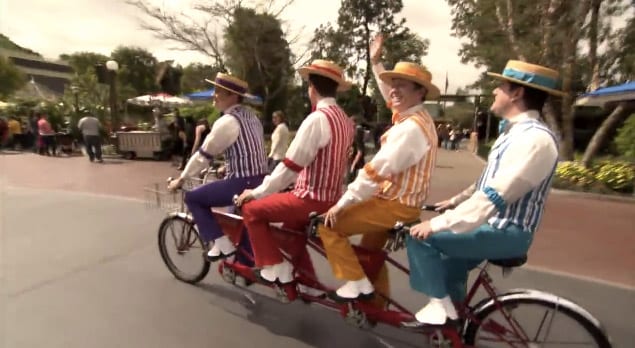 One of the best ways to spend the day at Disneyland park is enjoying the sights and sounds of the various atmosphere entertainment. Whether it be starting your morning on Main Street, U.S.A., listening to the Disneyland Band, or taking an afternoon break to the jazzy sounds of the Royal Street Bachelors in New Orleans Square, these are some of the moments that make Disneyland one of my favorite places in the world. Today, the “Disneyland Resort Viewing Tips” series continues with a look at some of the performances that come to life everyday throughout the park.

My other favorites include the traditional Disneyland Band, the misfit gang of pirates that go by the name of The Bootstrappers in New Orleans Square, and Hook & Ladder Co., who perform outside the Main Street Fire Station! Tell us your favorite atmosphere entertainment at Disneyland park in the comments below.

Be sure to check the Entertainment times guide when you arrive to confirm performance times and locations.

For more from the “Disneyland Resort Viewing Tips” series, visit the stories below: