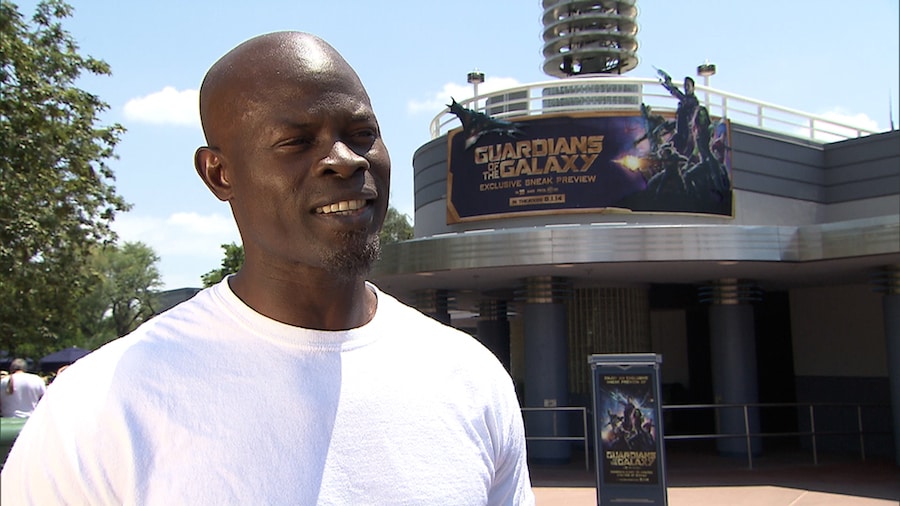 How do you celebrate the fact that your latest blockbuster film is opening in theaters? Well, actor Djimon Hounsou, who played Korath in “Guardians of the Galaxy” (which hits theaters August 1) marked the day by visiting Walt Disney World Resort. “Guardians of the Galaxy” tells the tale of space adventurer Peter Quill, who finds himself the target of a bounty hunter after he steals a mysterious orb that’s coveted by a powerful villain. Suddenly, Peter and some new-found allies find themselves in an unexpected battle to save the entire galaxy from ruin.

Djimon plays Korath in the film, who is a loyal lieutenant under the villain Ronan’s command.

Hear what Djimon has to say about his role and what he enjoys about Disney Parks.