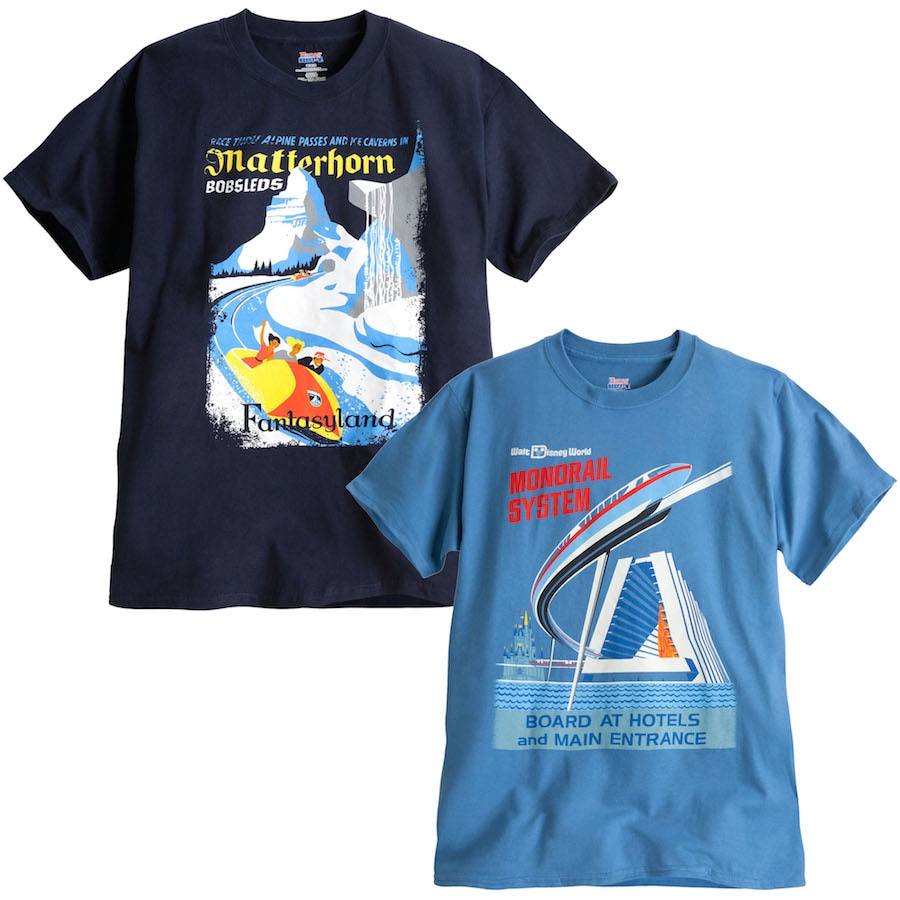 I’m excited to announce that two Disney Parks attraction poster shirts will be released online from August 18-24. These new shirts feature nods to some classic Disney Park icons – the Matterhorn Bobsleds at Disneyland park and the Walt Disney World Monorail System in Florida. Disney Design Group artist Richard Terpstra created the artwork for these shirts that will be printed on Hanes Beefy tees. 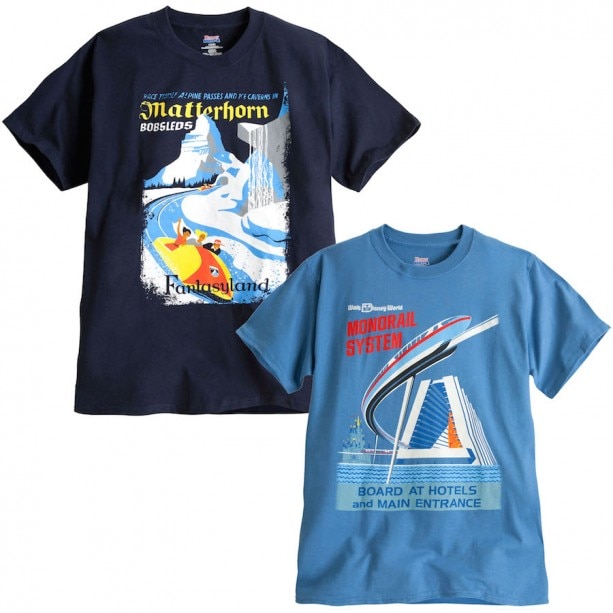 The original Matterhorn Bobsleds poster that Richard referenced when designing the shirt was created by Paul Hartley in 1959, the year the attraction opened in California.

According to the “Poster Art of the Disney Parks” book by Walt Disney Imagineers Vanessa Hunt and Danny Handke, the artist who created the original monorail artwork is unknown. During a trip to California last year, Vanessa showed me that original monorail artwork in its various stages of completion (I even saw the pencil lines, which was a total Disney geek moment!). 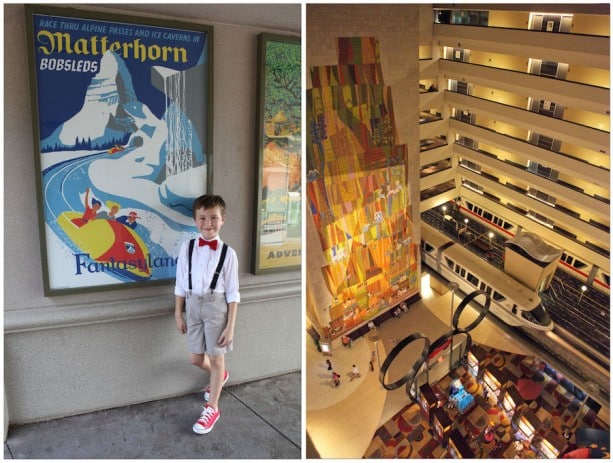 As for the Walt Disney World Monorail, I love watching it zip through Disney’s Contemporary Resort. I took the image shown above of monorails passing in the night while that gorgeous mural by Mary Blair looms in the background.

You can order these shirts starting August 18 by visiting http://www.DisneyStore.com/ParkEvents.

I also heard a practically perfect T-shirt will be offered on that same website from August 27-31 (it’s a must-have!).

Do you have a favorite memory of the Matterhorn Bobsleds or the monorail? Please share in the comments below.