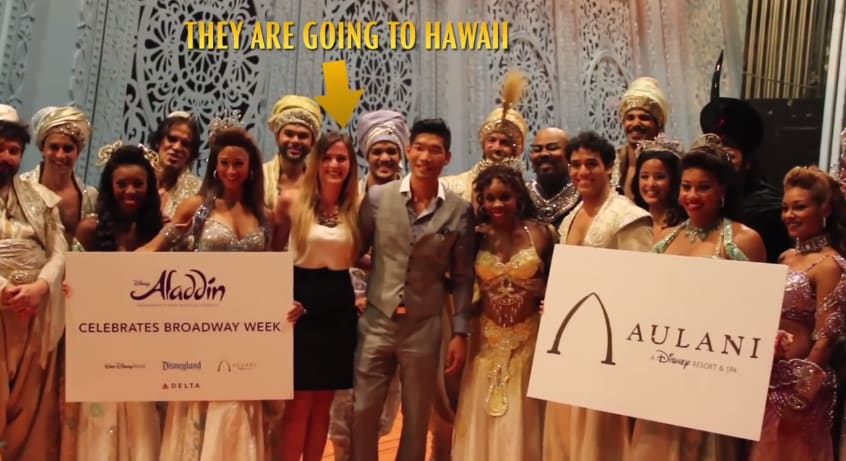 To celebrate Broadway Week in New York City, the Genie and the cast of Disney’s “Aladdin” granted the magical wish of visiting Aulani, a Disney Resort & Spa, to two unsuspecting audience members! Couple Leo Chan and Alicia Mara were selected at random for what they thought was a special backstage tour of the Broadway show. Little did they know – and in true Genie fashion – their wish to visit Aulani, a Disney Resort & Spa would be granted on stage! Watch the story unfold below:

If the Genie could grant you a wish to visit any Walt Disney Parks & Resorts destination, which would you choose? Tell us in the comments below!