From the lighting of the first grill at the “Great Tailgate” until the last seconds ticked off the clock during Sunday’s game – it was the perfect ending to a weekend of fun, football and fans as we celebrated the 10th anniversary of the MEAC/SWAC Challenge presented by Disney. 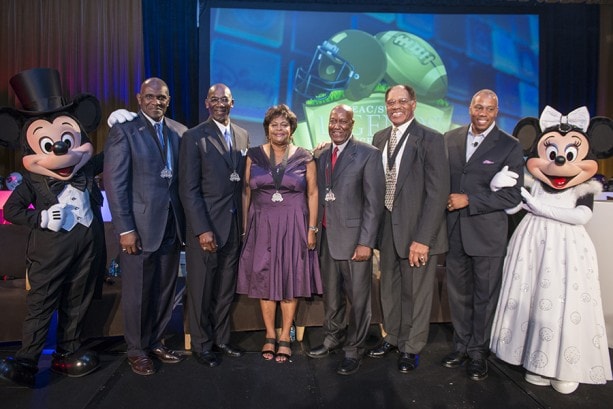 As nearly 10,000 fans cheered, the North Carolina A&T Aggies defeated their rivals, the Alabama A&M Bulldogs in Sunday’s match up between the Mid-Eastern Athletic Conference (MEAC) and the Southwestern Athletic Conference (SWAC). But the game was just part of the reason these thousands of visitors came to Central Florida. They came for the annual celebration of Historically Black Colleges and Universities (HBCU), diversity and football.

As a proud member of the HBCU alumni community, I was honored to take part in events such as a college fair, an ESPN career panel for local students, the annual band showcase and the Legends reception recognizing outstanding HBCU alumni for their athletic and academic contributions.

But that wasn’t the only reason I felt proud this weekend. As Sunday’s game was broadcast on ESPN network from Bright House Networks Stadium at the University of Central Florida, it highlighted our region to a national audience. It was thrilling to see my community and fellow cast members coming together for such a fantastic event.

Today, we were all big winners!