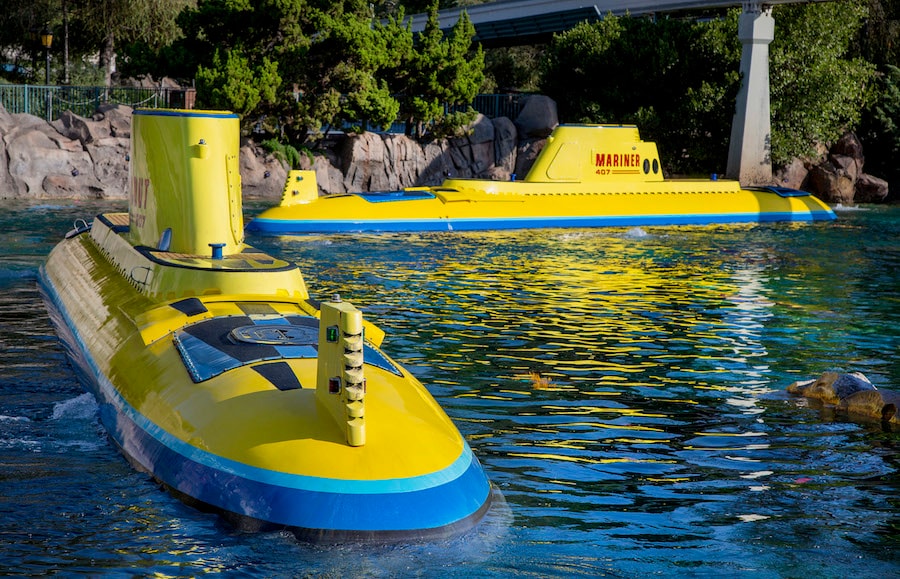 We are excited to return to the big blue world once again when Finding Nemo Submarine Voyage at Disneyland park reopens September 27, following an extended refurbishment. Quite a bit of work has been done over the course of this year to renew this favorite attraction. Many of the attraction’s scenes, rockwork and coral have been refreshed and repainted; as a result, guests will see a more colorful and vibrant underwater experience than ever before. To accomplish this work, 5 million gallons of water had to be drained from the lagoon and later replaced. The Disneyland Resort began working with the Orange County Water District (OCWD) in 2009, when Paradise Bay in Disney California Adventure park was drained to prepare for “World of Color.” This partnership allows the water we drain to be treated and stored, instead of being released to the ocean through storm drains. Now, every time we must drain a large body of water, it is sent to the OCWD’s Groundwater Replenishment System, where it is purified and added to Orange County’s underground water supply. The water is then refilled at the Disneyland Resort from the same system. This process works so well, the Disneyland Resort was recognized in 2009 with the state of California Governor’s Environmental and Economic Leadership Award for this and other earth-friendly efforts.