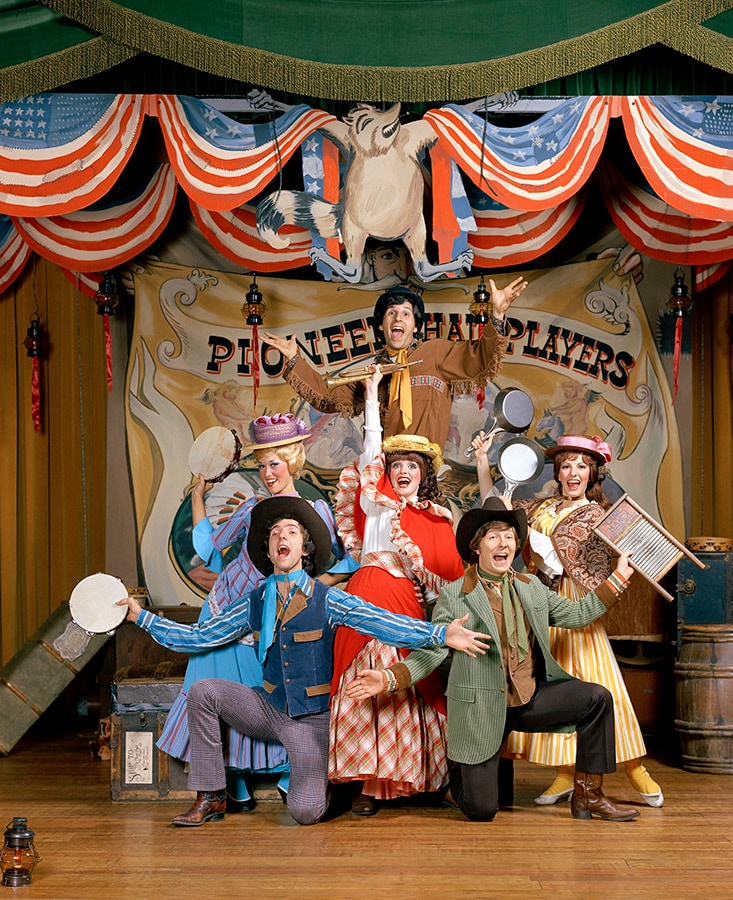 September 5 marks the official 40th birthday of one of the longest-running dinner shows in American history – Hoop-Dee-Doo Musical Revue at Disney’s Fort Wilderness Resort. We say “official” because the show got its start that summer (on June 30) as part of the Disney World Fine Arts College Workshop program, with six young actors playing the roles, says Forrest Bahruth, the original choreographer who still creates fantastic shows for Disney Parks & Resorts Creative Entertainment. 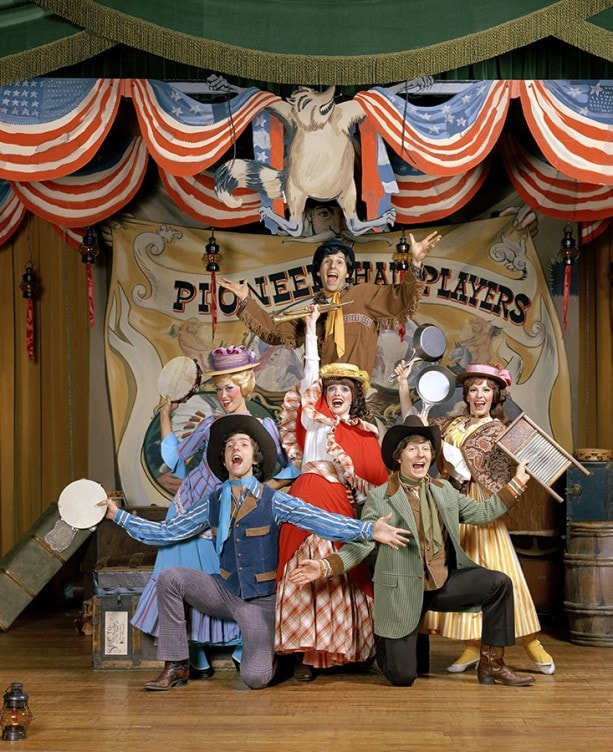 “Hoop-Dee-Doo was upbeat, and guests came for the corny jokes, good food and lots of fun,” said Forrest Bahruth, show director, Disney Parks & Resorts Creative Entertainment and the original choreographer for the dinner show. “Forty years later, the heart is still in it, the energy is still there.”

Of course we think the endless buckets of fried chicken and ribs play a starring role, too. The menu has only had one major change since its debut – the apple pie for dessert was changed to strawberry shortcake way back in 1979. Today, servers (who are part of the high-energy show) dish up about 900 pounds of fried chicken every night, and cooks spend about six hours each day just breading the chicken. Add 400 pounds of pork ribs, slow cooked starting at 11 a.m. daily on a big outdoor smoker.

For sides, there are 120 pounds of corn, 400 pounds of potatoes to be mashed and 30 gallons of baked beans. It takes 15 gallons of strawberries and 12 gallons of whipped cream to make dessert.

Add beer, wine, sangria and soft drinks, and you got a formula for fun – a show that has presented about 37,000 performances before more than 10.5 million guests. And like the food, the show, while fine-tuned, hasn’t changed much, says show director Tom Vazzana.

In true Disney fashion, Walt Disney Imagineers designed Pioneer Hall in authentic Wild West style with 1,283 hand-fitted pine logs from Montana and 70 tons of stones from North Carolina to recreate a look from the late 1800s. The building opened April 1, 1974.

Themed entertainment is always part of the Disney story. While Hoop-Dee-Doo Musical Revue was being written and cast, a group of country-Western musicians called The Star-Spangled Washboard Band opened in Pioneer Hall, according to an historical timeline by Larry Billman, author/writer and Disney entertainment consultant, who was the author and writer of the original show.

Bob Jani, the director of entertainment for both Disneyland Resort and Walt Disney World Resort, saw the potential for a “dinner theater show” and hired Billman. After multiple rewrites (the first version was called “We’re With You, Mother McCree!”), Hoop-Dee-Doo Musical Revue was born.