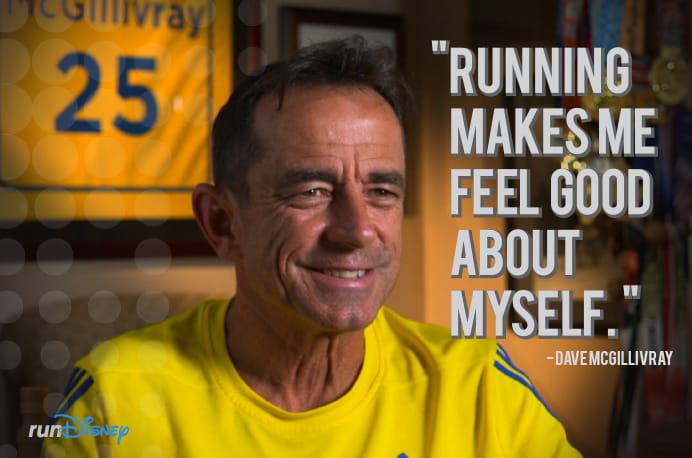 Dave McGillivray is the race director of one of the most prestigious running events in the world, the Boston Marathon. Every April he and his team put on an elite event, attracting the top marathoners in the world. It is the one race every runner hopes to qualify for and complete in. McGillivray is also an accomplished runner who has competed in races around the globe. At one point in his early years, he literally ran across the country, Medford, OR, to Medford, MA, for charity. He lives, works, eats, and breathes running.

Running is extremely personal to McGillivray, the roots of which start at an emotional time in his life. As a child McGillivray wanted nothing more than to be an athlete, but each time he tried to make a team he was faced with a challenge, his size, and turned away. In elementary school he gave it one last shot and tried out for the basketball team. Not lacking in ability but lacking in height the coach once again cut him. At the age of 12 this was a defining moment in his life. It was then he decided he would never again let anyone tell him he wasn’t good enough and he took up running because no one can cut you from that. 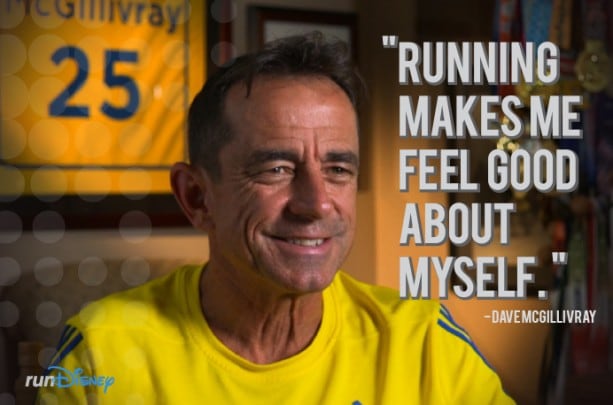 “Running gives me self confidence, it gives me self esteem, it makes me feel good about myself,” McGillivray said. His message to runners and those thinking about starting to run, “never under estimate and never not appreciate where you’re at, that you have this gift to be able to do this (run).” “Never take it for granted that you are healthy enough to do this,” he added. And speaking of health, recently McGillivray was hit with a heart related health issue and he reminds runners, “That just because they are fit doesn’t mean they are healthy.” Make the right choices to take care of yourself for you and for those around you.

Some of his McGillivray’s favorite race memories are those from runDisney events. This veteran of several runDisney marathons, and the 2014 inaugural Dopey Challenge, gives high marks to the entertainment and excitement for Disney races. “It is one of the most well managed, well orchestrated road races I have ever competed in,” McGillivray said. Having young kids he’s also quick to point out how exciting these destination races are for the entire family.

We hope you will take a moment to be motivated by Dave McGillivray’s story and see the unique way he celebrated his 60th birthday. There is no doubt Dave McGillivray has gone and continues to go through life running.