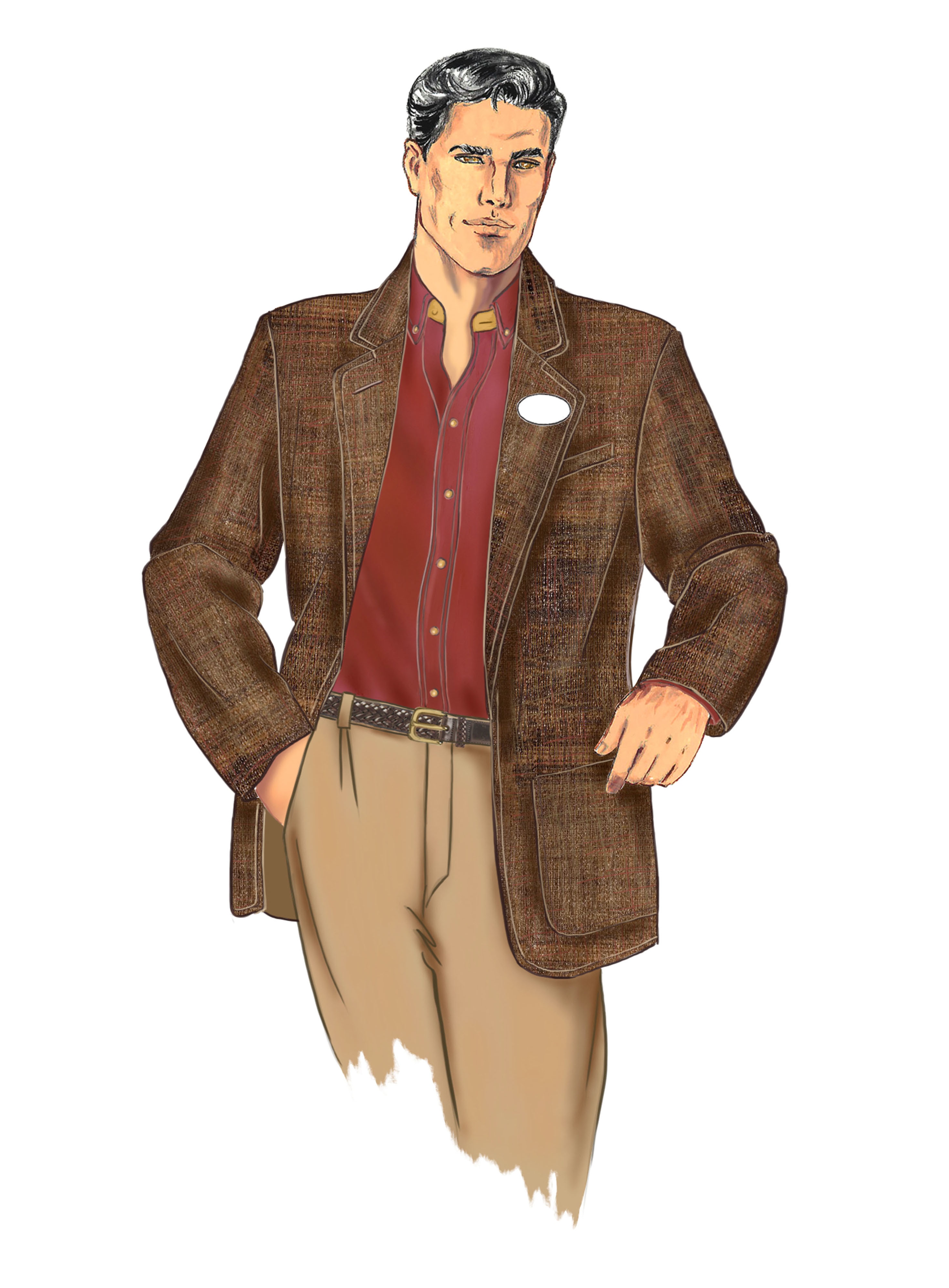 As the new Trattoria al Forno at Disney’s BoardWalk gets ready for a December opening, here’s a look at the classic server attire, designed by Walt Disney Imagineer Celina Lung, who’s been a Disney costume designer for nearly 20 years. “My inspiration comes from the trattoria’s interior and lakeside setting,” says Celina. “Like the restaurant, the server attire is charming, casual, a little upscale.” The warm décor matches the restaurant color palette, she explains. Celina’s research also took her to a seaside bistro in Southern California to come up with a look that’s “not overdesigned, but simple and elegant.”

The burgundy shirts and blouses with gold contrast echo the décor, with khaki-colored pants for a more casual look. “We’re in America, not Italy, and I wanted the servers to look casual but polished,” says Celina. One detail, for instance, is the bladed leather belt with an antique brass buckle to lend a more refined finish.

For colder months, she designed a jacket with a relaxed fit in classic tweed. Servers will also wear long bistro aprons, weaving the elegance of traditional European restaurant with the experience of a neighborhood restaurant.

Her expertise is in many costumes throughout Disney Parks, from the server attire at Coral Reef Restaurant at Epcot to various lands and restaurants at Hong Kong Disneyland Resort, Tokyo Disney Resort, Shanghai Disney Resort (her current project) and Disneyland park. And she’s always got something in the works.