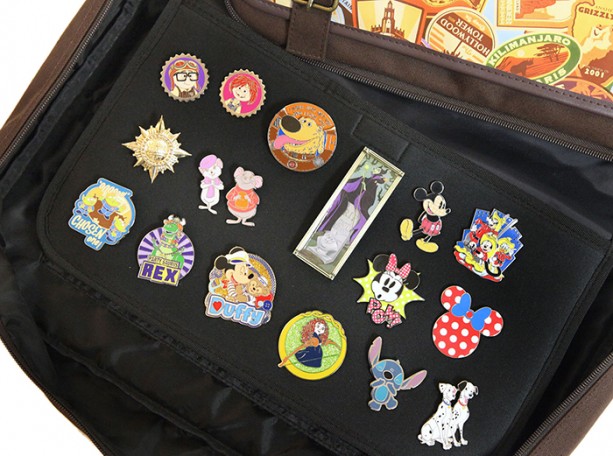 This summer, I’ve been highlighting some of the 250 new pins and accessories created especially for Disney Parks. To conclude my three-part story, I’m again turning the spotlight on new items arriving in August and September at Disneyland and Walt Disney World Resorts. 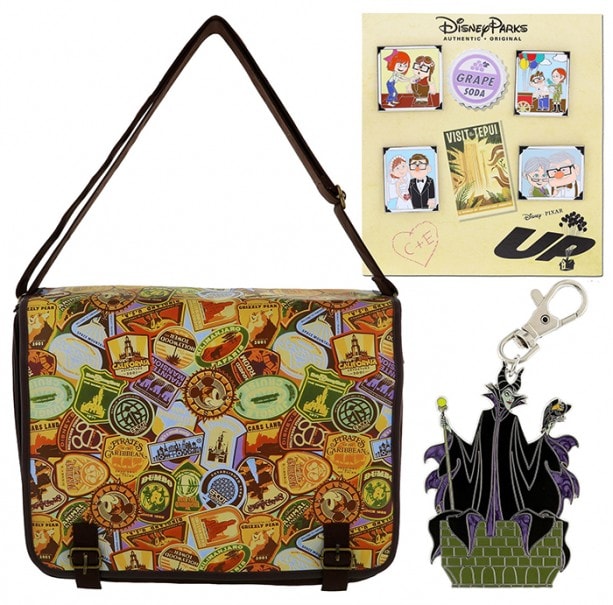 One of the easiest (and most portable) ways to display Disney pins is by using a neck lanyard. We also offer a variety of trading bags including one of my new favorites pictured above. I love the colorful patchwork of logos that represent various icons and attractions from Disney Parks.

I’m also in love with the new four-pin set, featuring Carl and Elli from Disney•Pixar’s “Up.” The photograph-like pins are so adorable (I need to watch that film again!). 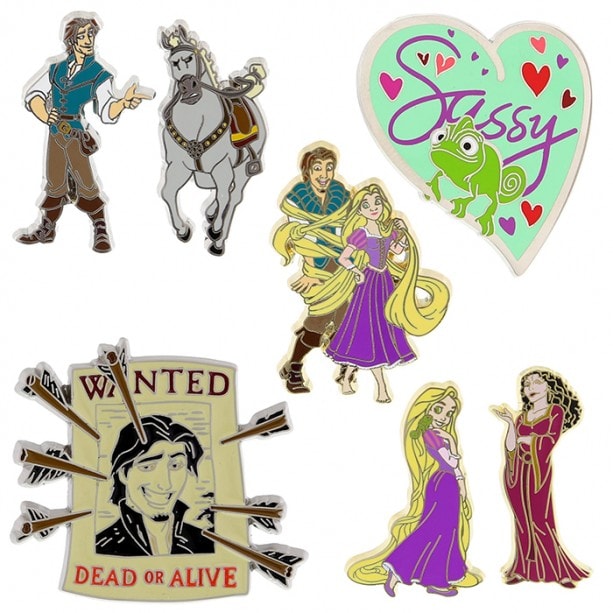 Fans of Disney’s “Tangled” will be delighted to see several new pins, featuring Rapunzel, Flynn Rider and other favorite characters from the animated feature. Look for both individual open-edition pins and some two-pin sets. Finally, there are numerous places to find pins at Disney Parks. One of the newest locations can be found in The Chapeau hat shop on Main Street, U.S.A., in Magic Kingdom Park at Walt Disney World Resort. I stopped by the location the other day to take some photographs. This new location is a great addition to the well-established main pin location in Magic Kingdom Park – Frontier Trading Post in Frontierland.