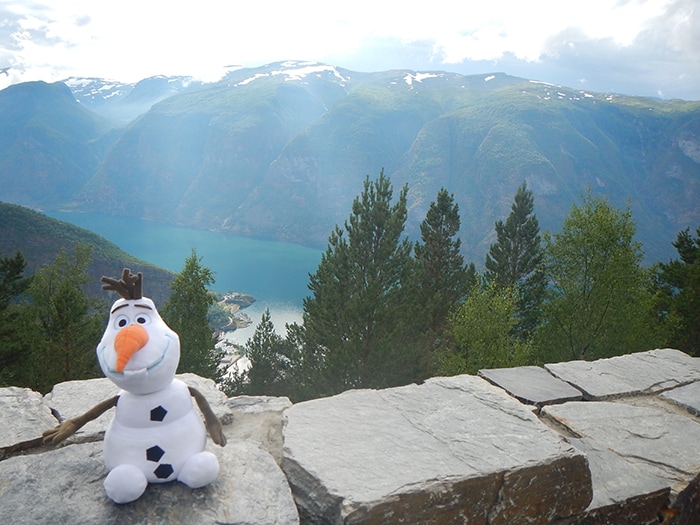 Recently, I shared my Adventures by Disney Norway vacation. But it seems I wasn’t the only one enjoying a carefree trek around this beautiful Scandinavian country. Olaf, the loveable snowman from the hit Disney film “Frozen,” also traveled with Adventure Guide Kira through the land that inspired the animators who brought him to life.

Kira photographed Olaf throughout his Adventures by Disney journey as he found out what snow does “in Summer.” All started well when he saw the snowcapped fjords of Norway. 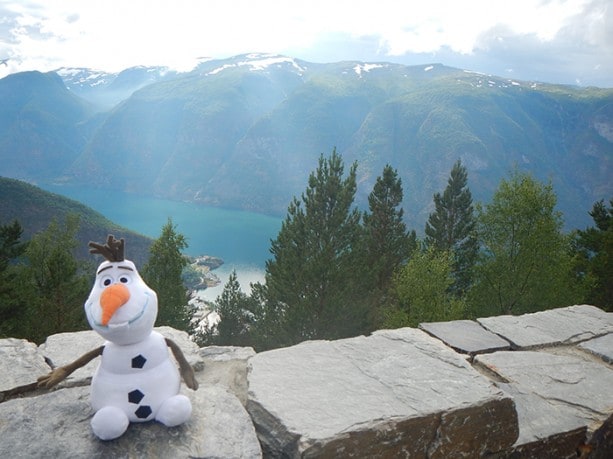 But things quickly went downhill for him at The Seven Sisters waterfall in Geirangerfjord where it dawned on him that all that liquid water just might be melted snow! It sure looked beautiful though. 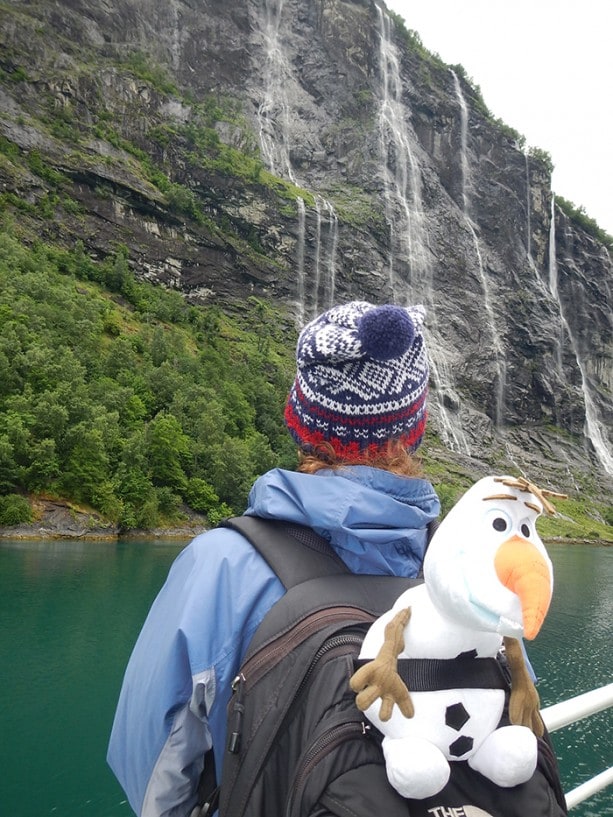 Next up on Olaf’s adventure was the Borgund Stave Church, built in 1250 A.D. This church provided architectural inspiration to the filmmakers of Disney’s “Frozen”. Olaf’s favorite part of the Adventures by Disney Norway itinerary was a fjord safari aboard a speedboat! Along the way he relaxed in the small village of Undredal, where he learned about the art of Norwegian cheese making, before he continued on through the UNESCO World Heritage site fjord called “Naeroyfjord.” 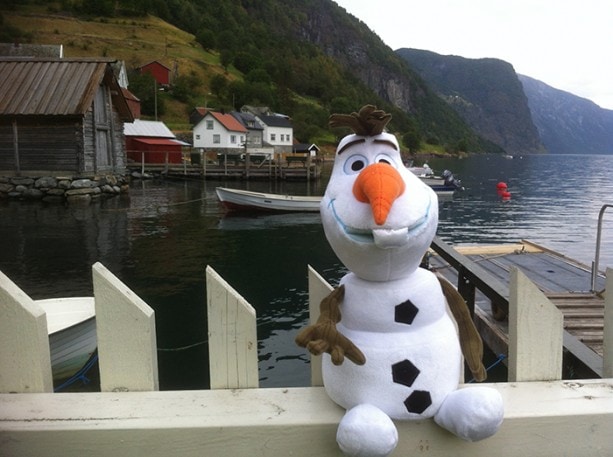 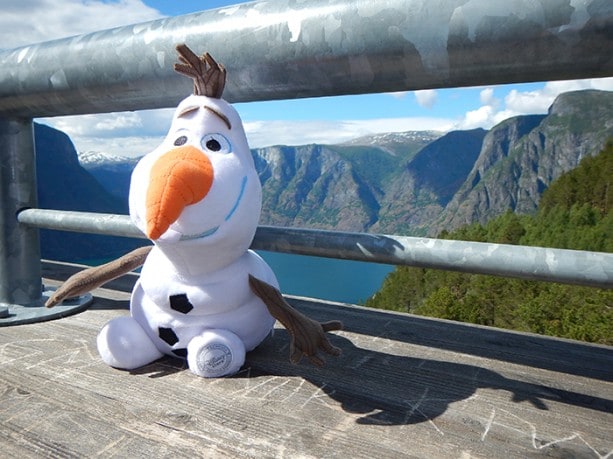 But don’t worry, Olaf will be back next summer as Adventures by Disney offers another season of fun in Norway. Care to join him?

For more Adventures by Disney updates, check out the posts below: