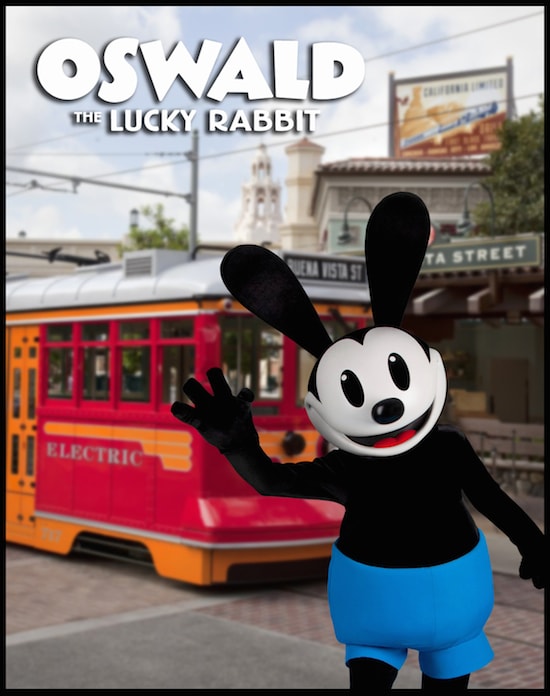 Oswald the Lucky Rabbit, one of Walt Disney’s earliest cartoon stars, has had a presence at Disney California Adventure park for the past couple of years, from those delightful rabbit ear hats to the Oswald ice cream sundaes at Clarabelle’s. Now, Oswald himself is set to come home to Disneyland Resort!

Oswald made his film debut September 5, 1927, in the cartoon short “Trolley Troubles.” Walt Disney went on to produce 26 Oswald the Lucky Rabbit shorts, before losing the rights to the character in 1928. It was that experience that inspired the creation of Mickey Mouse, and the rest as they say, is history. Oswald finally returned to the Disney family in 2006 and made his first Disney Parks appearance earlier this year at Tokyo DisneySea.

Later this month, you’ll finally be able to meet Oswald on Buena Vista Street at Disney California Adventure park. Just look for the lucky little rabbit strolling along the sunny side of the street, starting September 14!