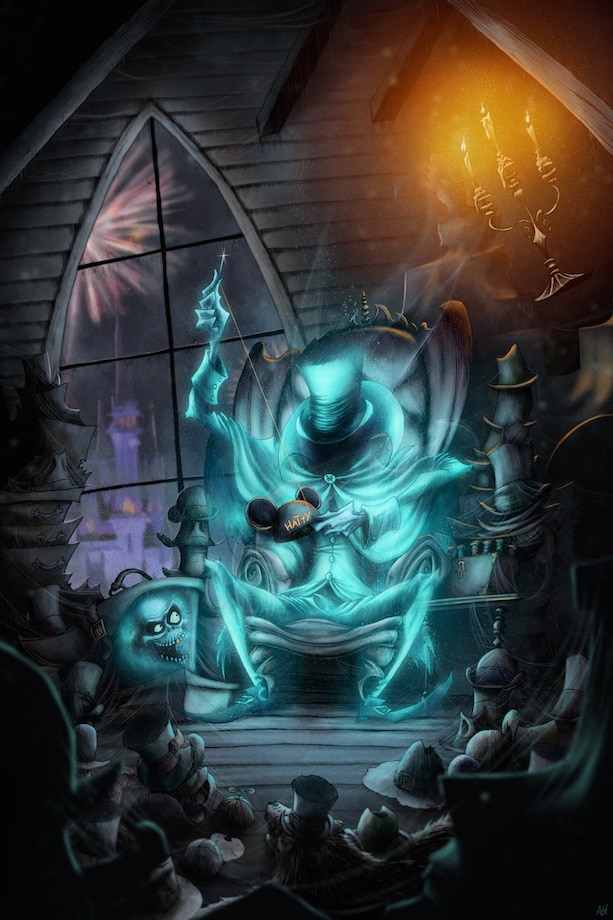 This week’s look at the ghosts of The Haunted Mansion focuses on the Hatbox Ghost – aren’t familiar with him? That’s because he was originally planned as a part of the attraction but never, well, materialized.

According to Jason Surrell’s book “The Haunted Mansion: From The Magic Kingdom To The Movies,” this ghostly apparition was supposed to appear across from the Bride in the attic scene, holding a hatbox. With every beat of the Bride’s heart, the Hatbox Ghost’s head was supposed to disappear and reappear in the hatbox he was holding. Alas, the Hatbox ghost was eventually cut from the plan due to technical difficulties.

Which Haunted Mansion ghost would you like to see featured here next week? Tell us in the comments section below!
For more about the ghosts from The Haunted Mansion, visit the post below: