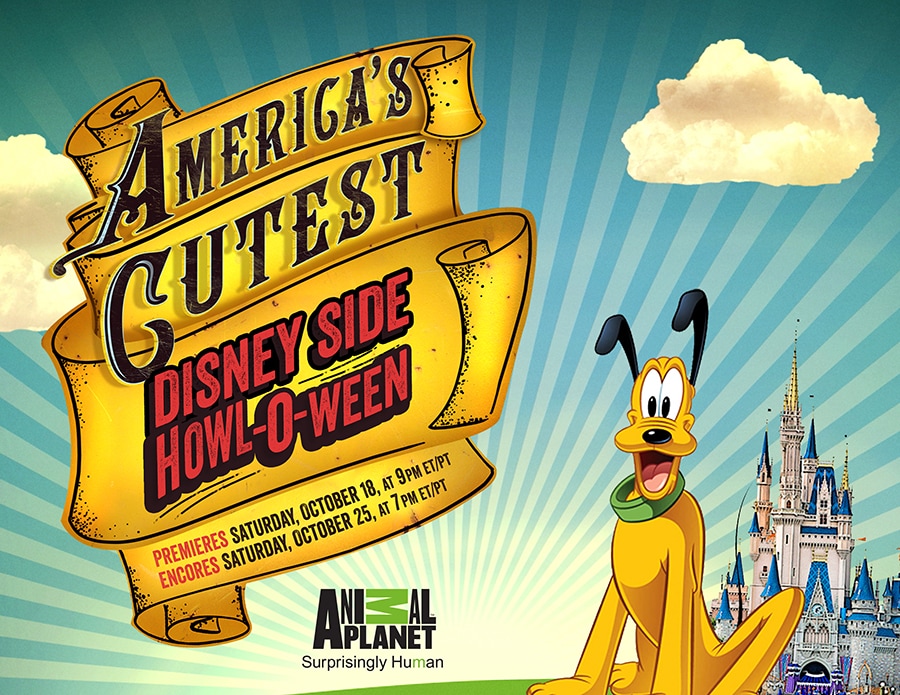 In my thirty years of working in television, the one thing I never wanted to hear anybody say is, “Well, his career has gone to the dogs.” But in this (one and only) instance, I’m really glad it did! After reviewing hundreds of pet clips, and experiencing a never-to-be-forgotten day at Magic Kingdom Park, when we were visited by 101 dogs, each showing their Disney Side … we’re excited to share a brand new special! Animal Planet’s “America’s Cutest: Disney Side Howl-O-Ween” comes chock full of pets disguised as your favorite Disney characters, promising animal fans one of the kookiest, spookiest hours of television — maybe ever. 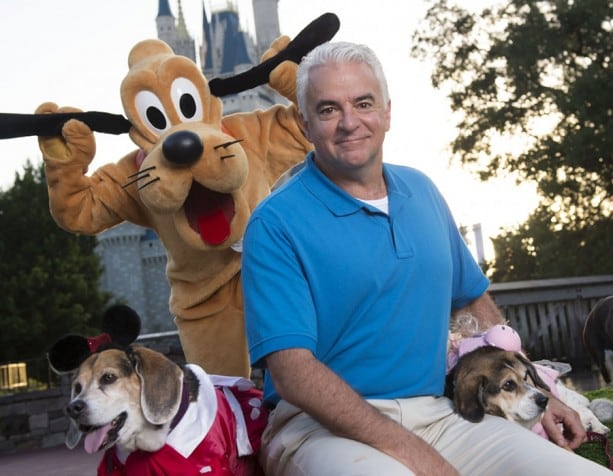 This show was fantastic to work on. In addition to that magical Disney Side Dog Day at Magic Kingdom Park, during filming we had more than 30 of your favorite Disney characters drop in and get into the act. It seems they love cute pets just as much as you and I do – and they have a LOT to say about them!

It was great to work with long-time Disney fan John O’Hurley and his family. We shot with them in all four parks, so you’ll get to share in their Disney Side, as well. There are lots of other surprises in store – and with Halloween right around the corner, you might get a few costume ideas from these playful pets, too!

As you know, I always promise some good behind-the-scenes info – but this time, it’s show, not tell! Check out the cool behind the scenes video … and tune in on Saturday night for a howling good time! (See what I did there?)