Aulani, a Disney Resort & Spa, is a Hawaiian experience with that touch of Disney magic that makes your island vacation unforgettable. Todayʻs exciting news highlights that touch of Disney magic here in paradise. For the first time in history, Aulani will have a Disney Ambassador to represent our Disney resort and engage our guests, cast and communities. For those of you who may not know the role of a Disney Ambassador, the tradition dates back to 1965 when Walt Disney first selected a cast member to serve as the official spokesperson and representative at Disneyland park. 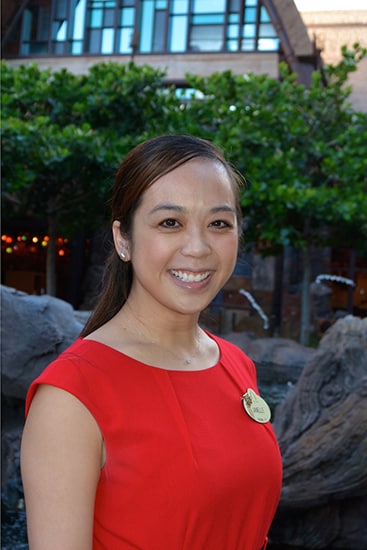 Janelle Sanqui, Aulani’s first Disney Ambassador, currently works in Workforce Management at the resort and was born in Hawaii. She lived in California before returning to to the islands nearly 10 years ago. Her previous experience includes two years as a parade performer at the Disneyland Resort, and she was part of our Aulani entertainment team when we opened in 2011.

Please join me in saying hoʻomaikaʻi, congratulations, and giving a warm “e komo mai” to Janelle!