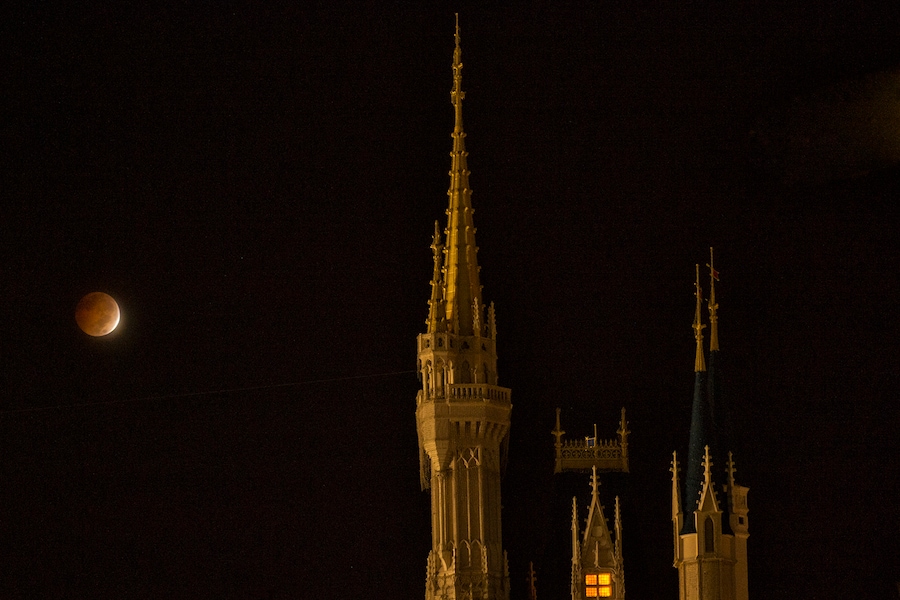 This week, we captured an unusual sight in the sky above Magic Kingdom Park – a rare lunar eclipse called a “blood moon.”

The moon added the perfect spooky atmosphere to our parks, especially Magic Kingdom Park, which is already decorated for Halloween. Photographers David Roark and Matt Stroshane were on hand to document the moon’s path over our parks.

Check out Jennifer’s original story for more photos of the blood moon.

No purchase necessary. 18/age of majority+, 50 US/DC only. Void where prohibited. See Rules for details.

How to Make the Most of Pirate Night on Your Disney Cruise – Learn how to embrace the pirate lifestyle with swashbuckling line dances, delicious pirate grub and more!