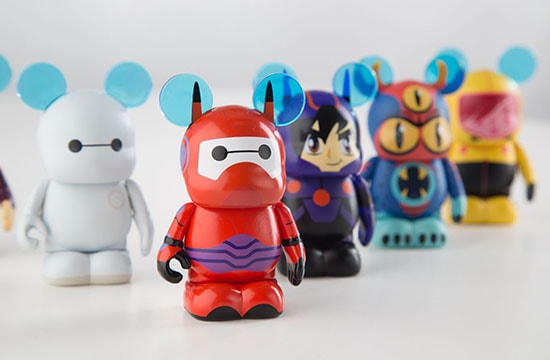 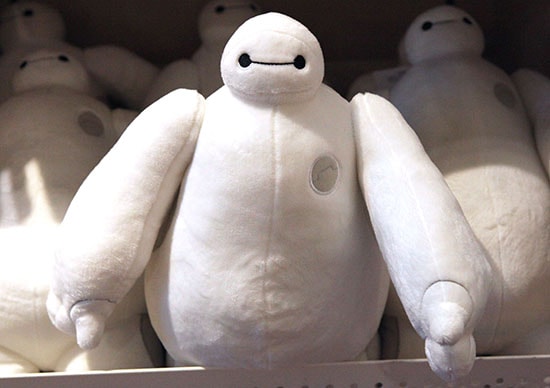 I can’t wait to see Disney’s “Big Hero 6” when it arrives in theaters on November 7. This film is an action-packed comedy-adventure about the special friendship that forms between a high-tech, huggable robot named Baymax and a brilliant robotics prodigy named Hiro Hamada. I’ve enjoyed the trailers as the film looks like it has everything I love, especially robots! I recently visited a few merchandise locations at Disney Parks to check out new products inspired by this upcoming animated feature. Here is a look at some of my favorite items. 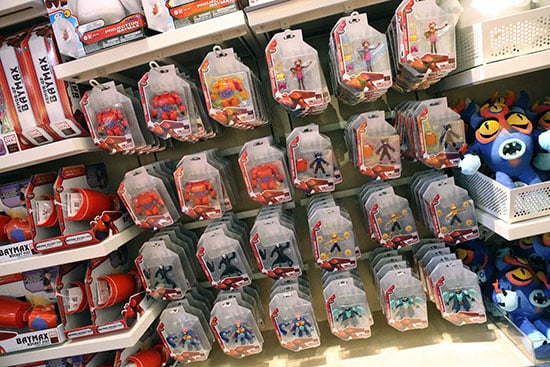 Similar to previous animated film releases, the Disney Theme Park Merchandise team partnered with the Disney Store to carry a few toys, plush and other items that may be found in locations outside Disney Parks. I love the Baymax plush shown at the top of this story (I want to hug him all day!).

There are other items, however, that were developed specifically for Disney Parks. They include some apparel items and a six-pin, open edition pin set.

In select merchandise locations in Disney’s Hollywood Studios at Walt Disney World Resort, guests will also find a limited release, graphic MagicBand. In order to purchase this retail MagicBand, guests must present one of the following for the MagicBand to be linked to at the time of purchase: valid theme park admission, Memory Maker card or an active MagicBand. Finally, there will be a limited release Vinylmation mystery series coming to Disney Parks in early November.

Once the film releases in November, I can’t wait to meet the stars of the movie, Hiro Hamada and his huggable buddy, Baymax when the film’s characters head to Disney Parks to greet their fans!