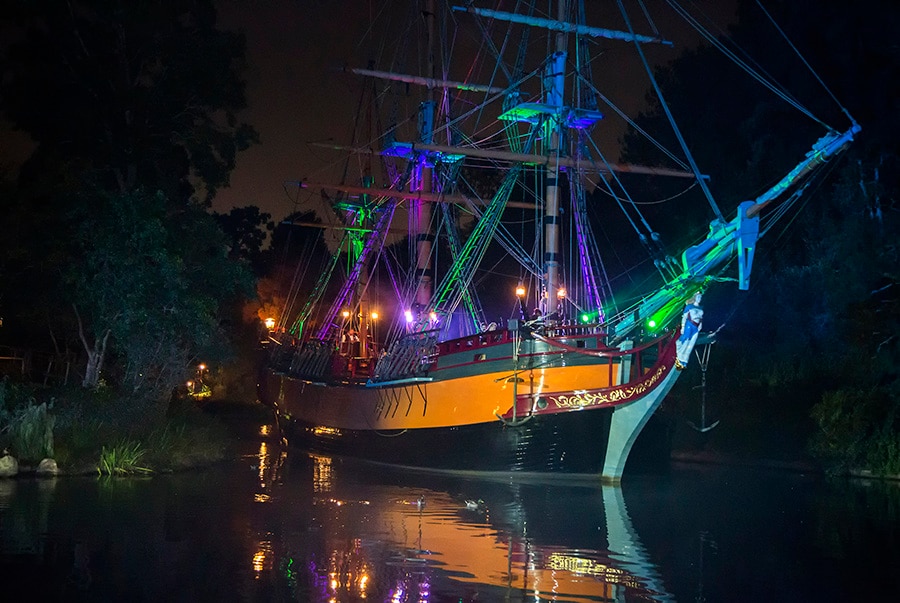 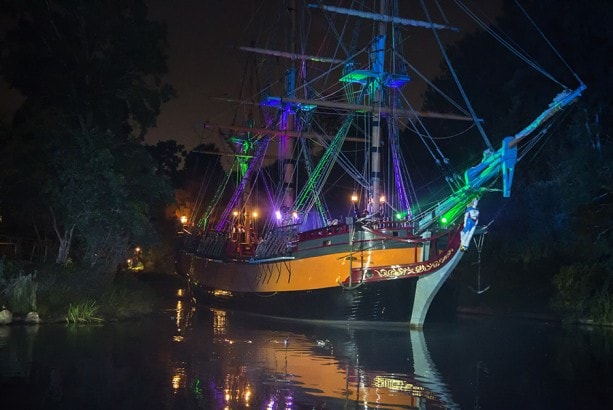 Last night, 200 Disney Parks Blog readers showed their Halloween Time inspired Disney Side at the Disney Parks Blog Creepy Cruise Meet-Up. The evening began with a cruise around the Rivers of America in Disneyland park, aboard the Sailing Ship Columbia. But something spooky was happening on deck … 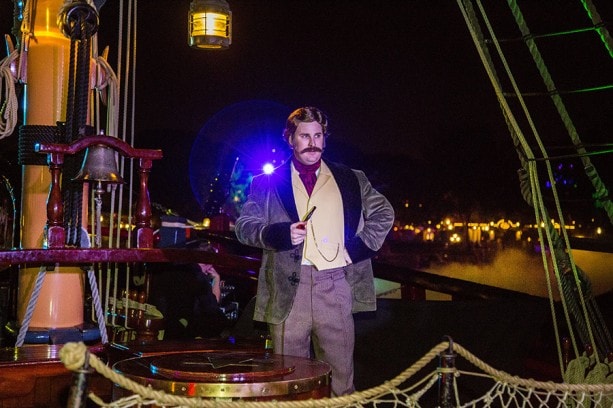 The ship was haunted by the ghosts of Disneyland past! Our ghost host for the evening, Father from Walt Disney’s Carousel of Progress, introduced special guests throughout the cruise – each representing special moments of dearly departed Disneyland history. 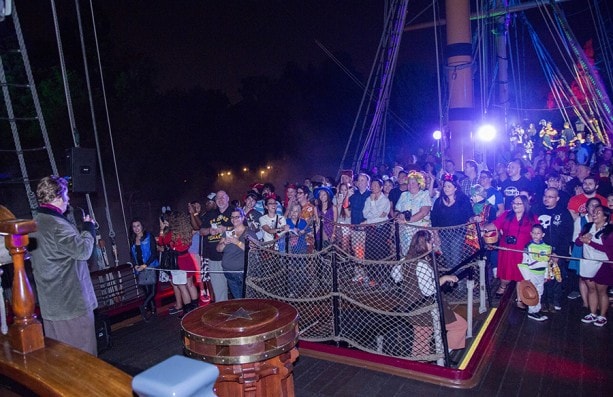 Guests were visited by Miss Pumpkin Festival from the Main Street Pumpkin Festival, a dancer from the Tahitian Terrace, one of Miss Lily’s can can dancers from the Golden Horseshoe Revue, the Deputy Mayor of Toontown who once appeared in Mickey’s Toontown Morning Madness, Becky Thatcher from Tom Sawyer’s Island and even one of the Kids of the Kingdom! 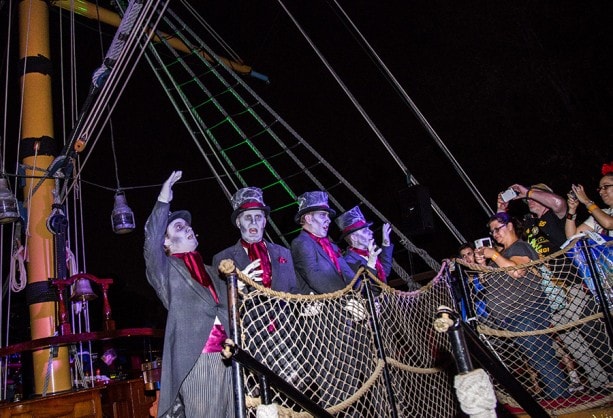 The Creepy Cruise concluded with a special serenade from the Cadaver Dans. 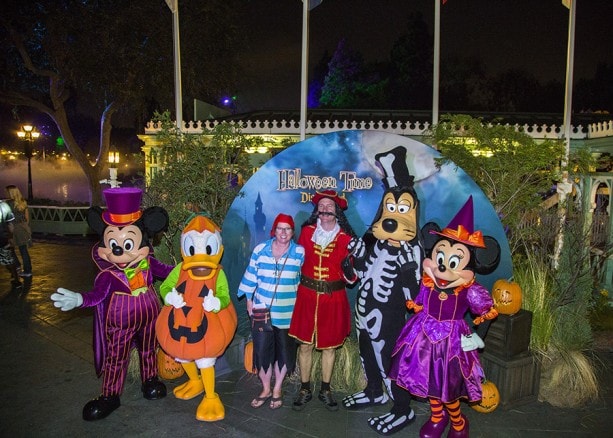 As guests disembarked from the Sailing Ship Columbia, they found Frontierland filled with surprises, like their favorite Disney characters dressed in their Halloween costumes, a trio of Disney Villains, a bounty of special Halloween Time treats and Big Thunder Mountain Railroad, continuing its runaway train trips just for them.

And of course, guests turned out to show their Disney Side! Many of our meet-up guests arrived in costume, and you can see some of our favorites in the gallery above.

Did you attend the Disney Parks Blog Creepy Cruise Meet-Up? Tell us about it in the comments!