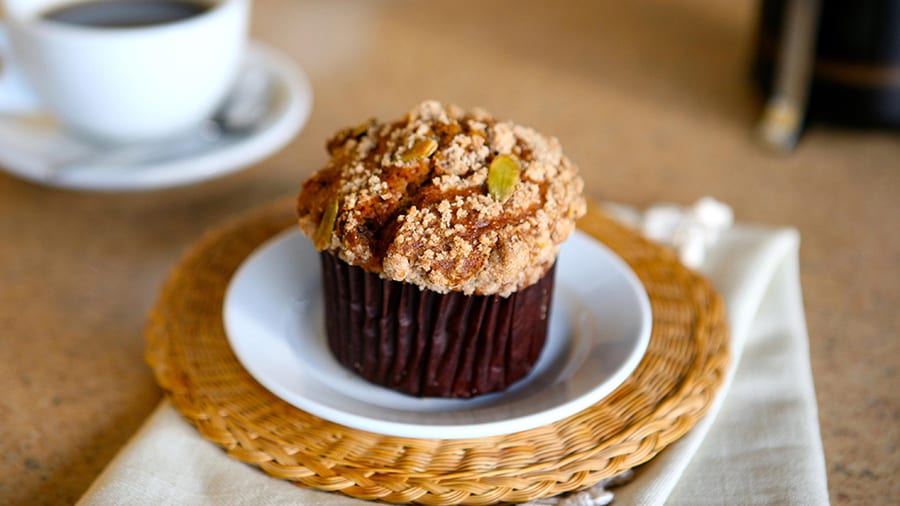 In case you can’t make it to Disneyland Resort to taste all the delectable pumpkin treats we mentioned in last week’s pumpkin cheesecake recipe post, here’s one more recipe we just had to share just in time for National Pumpkin Day (Oct. 26): hearty pumpkin muffins packed with the flavors of sweet golden raisins, nutmeg and cinnamon. A crunch of streusel on top makes them perfect with coffee to start the day. 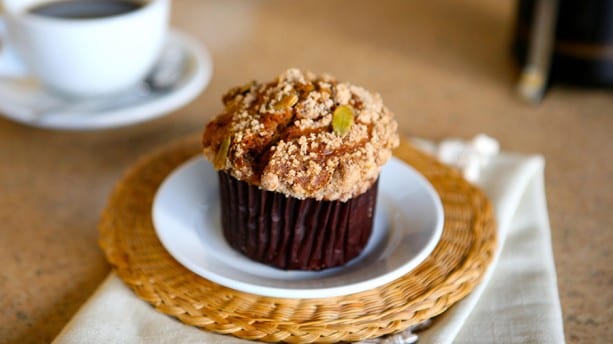 You’ll find these pumpkin muffins in Disneyland park at Jolly Holiday Bakery Café and the Cappuccino Cart in the Hub. At Disney California Adventure park, they’re at Schmoozies and Pacific Wharf Café. You can also find them at White Water Snacks at Disney’s Grand Californian Hotel & Spa and Surfside Lounge at Disney’s Paradise Pier Hotel.

But if you can’t make it to Disneyland Resort, whip up a batch and enjoy – maximum flavor, minimum guilt.