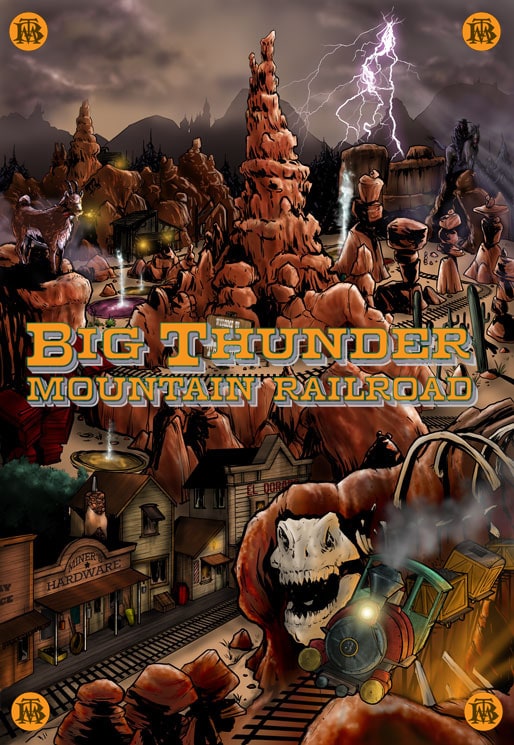 A reader favorite here on the Disney Parks Blog, Big Thunder Mountain Railroad, will be the focus of a new Disney Kingdoms series and today we’re thrilled to share a first look at the spectacular cover artwork and details behind the adventure set in the wild Frontier.

Big Thunder Mountain Railroad is a five-part comic series driven by Walt Disney Imagineering storytelling that’ll include earthquakes, floods and, of course, dynamite-chewing goats. Disney Kingdoms editor Bill Rosemann says, “This action-packed story by writer Dennis Hopeless and artist Tigh Walker will feature the never-before-told saga of how the gold mine in Big Thunder Mountain became the haunted legend it is today.”

As readers explore the “wildest ride in the wilderness,” they’ll go back in time to a Gold Rush town where daring men and women were in a daily battle between man and mountain. There will be plenty of surprises and mystery along the way as the series uncovers why Big Thunder Mountain Railroad is more than a rumbling, tumbling train car attraction.

Disney Kingdoms Big Thunder Mountain Railroad series will be on sale in comic shops across the country in the spring of 2015.