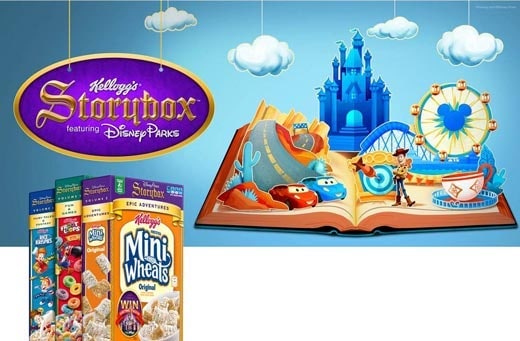 Have you heard about our latest Disney Parks app?

Disney Parks has teamed up with Kellogg’s to create a new mobile app called Kellogg’s Storybox that will add a little Disney magic to your breakfast table.

Step one is to download the free app, which is available on iTunes, Google Play or in the Amazon App store. Then pick up a specially marked Kellogg’s cereal box and scan it with your smartphone to unlock an interactive storybook to use within your app. There are three different volumes you can unlock, and each one features games and activities based on Disney Parks, such as a balloon-busting game based on Toy Story Midway Mania and storybook surprises inspired by Radiator Springs Racers. Yours can also create their own Disney fireworks spectacular in the app.