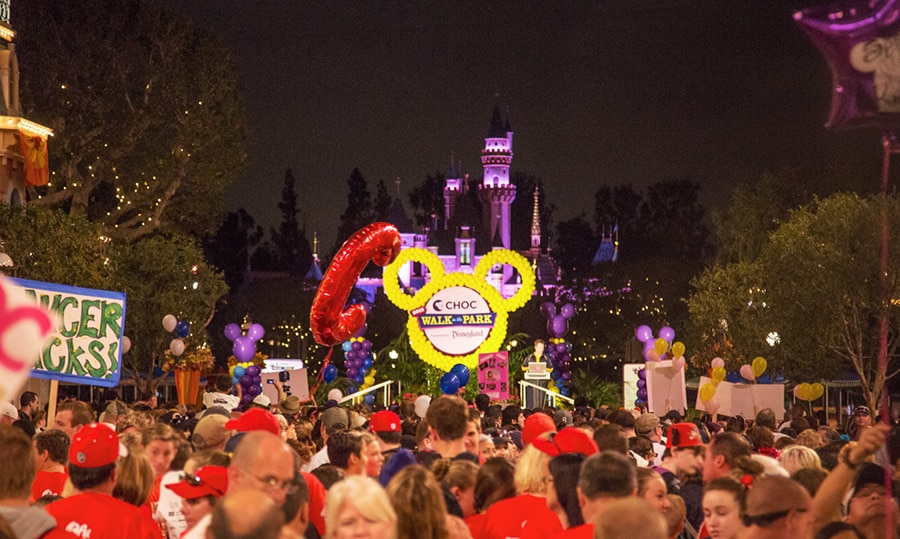 Nothing makes me more proud to be a Disneyland Resort cast member than seeing the positive impact we make in the community, which is why I am excited to invite you to support this year’s CHOC Walk! 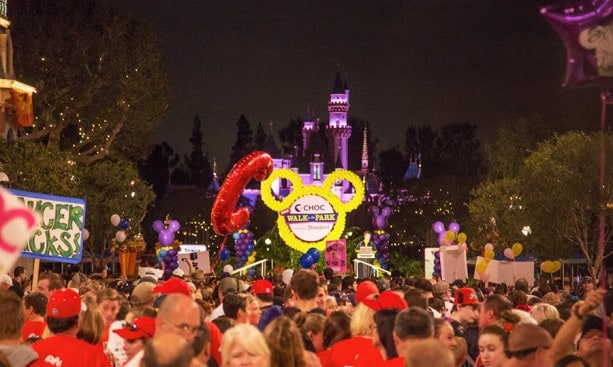 Bright and early on October 12, nearly 15,000 “CHOC Walkers” from throughout the world, including children, family, friends, nurses and doctors who have been impacted by Children’s Hospital of Orange County (CHOC Children’s), will line Main Street, U.S.A., for the start of the 2014 CHOC “Walk in the Park,” presented by Disneyland Resort. The 5K pediatric walk will take walkers through Disneyland park, Disney California Adventure park and Downtown Disney District – before opening to the public. Last year, the event raised $2.1 million, and since its inception in 1990, has raised more than $22 million.

The Walt Disney Company has a long history of supporting CHOC Children’s, beginning in the early 1960s when Walt Disney helped advocate for a children’s hospital in Orange County, Calif. This relationship has continued to grow, including a $5 million donation from the Disneyland Resort in 2012. As part of that gift, Walt Disney Imagineering brought the world of “Finding Nemo” to life in the CHOC Children’s second-floor lobby with an experience that includes the interactive “Turtle Talk with Crush” show – just like the one in Disney California Adventure park – a mural and 180-foot-wide mobile!

Even if you can’t attend the event in person, you may register as a “Sleeping Bear” and donate through October 31. To register to walk, visit www.chocwalk.org. Registration closes at 3 p.m. PDT on Saturday, Oct. 11, 2014.