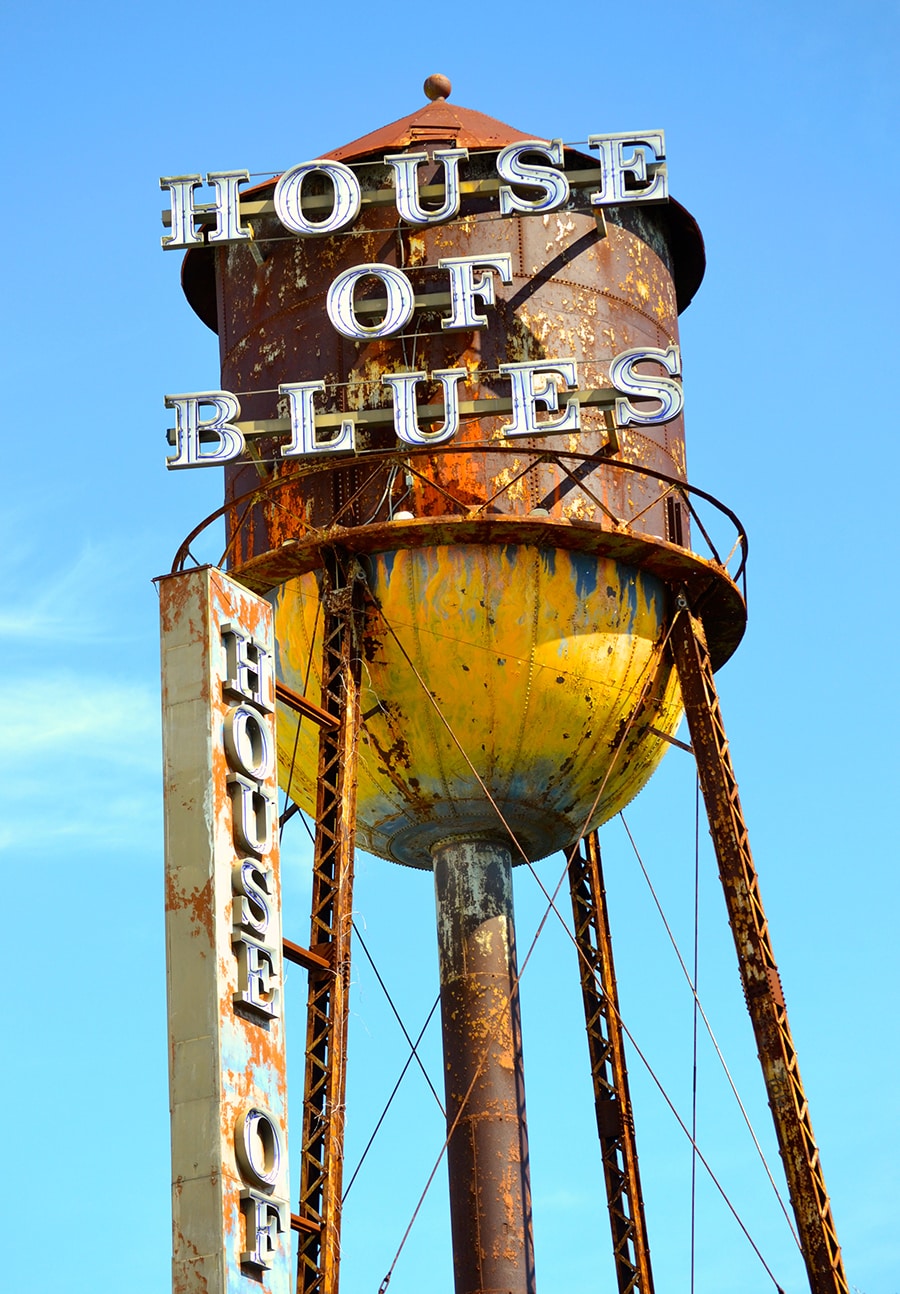 Like many of you, I’ve walked by the signature House of Blues Water Tower countless times. It’s a landmark, an icon and a work of art, all rolled into one. But have you ever thought about where it came from? Or how it ended up at Downtown Disney West Side? I did. So recently, I set out to find answers.

A few friends from House of Blues who all share a passion for their company’s history – Jennifer Hinckle, Maggie Sumner and Charles Spellman – were happy to enlighten me. The story was too good not to share … 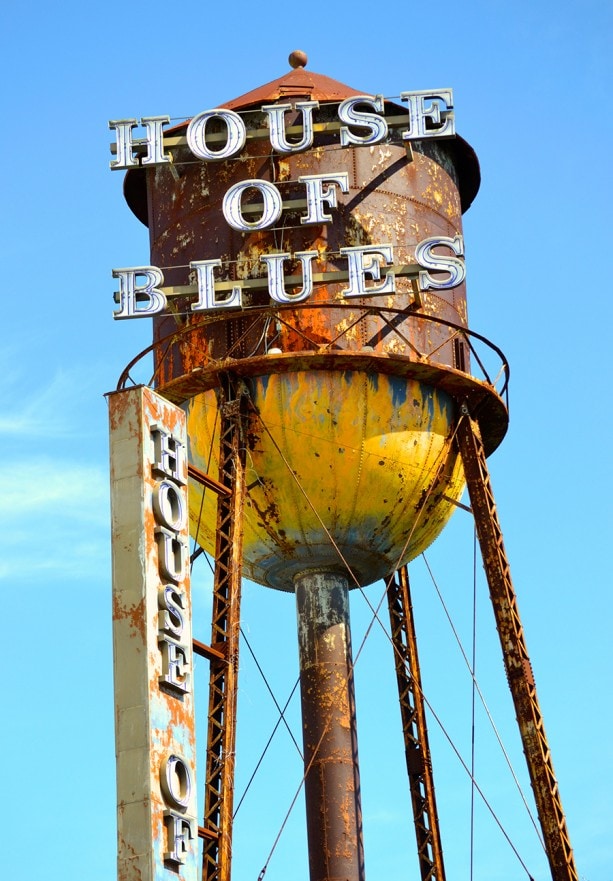 It all started with Issac Tigrett, one of the eccentric co-founders of House of Blues. An avid fan of rail travel, Tigrett would tour the country in his lavish, expertly curated train car. He was known for his keen eye and unique style; his journeys often led to the purchase of one-of-a kind art and unique memorabilia. During one trip out west in the late 90’s, he spotted the water tower and realized he had to have it for his next-to-open House of Blues venue. At the very next town, he disembarked the train, hired a car, and went back to seek out the owner of the water tower. Tigrett knew it would make the perfect welcome statement for the Downtown Disney West Side location, set to open in 1997. And he was right. Originally three sections tall, only two were approved for the property. Blade signs, light cans and artistic flames were added, giving the structure its current-day look.

Though Tigrett is no longer with the company, his influence is everywhere; perhaps most prominently in the House of Blues courtyard where recent enhancements include the quick-service Smokehouse, expanded seating, and evolving live entertainment. Though the patio has changed, the Water Tower is constant – an appropriate reminder that (at House of Blues, at least) good art, no matter the form, can withstand the test of time.