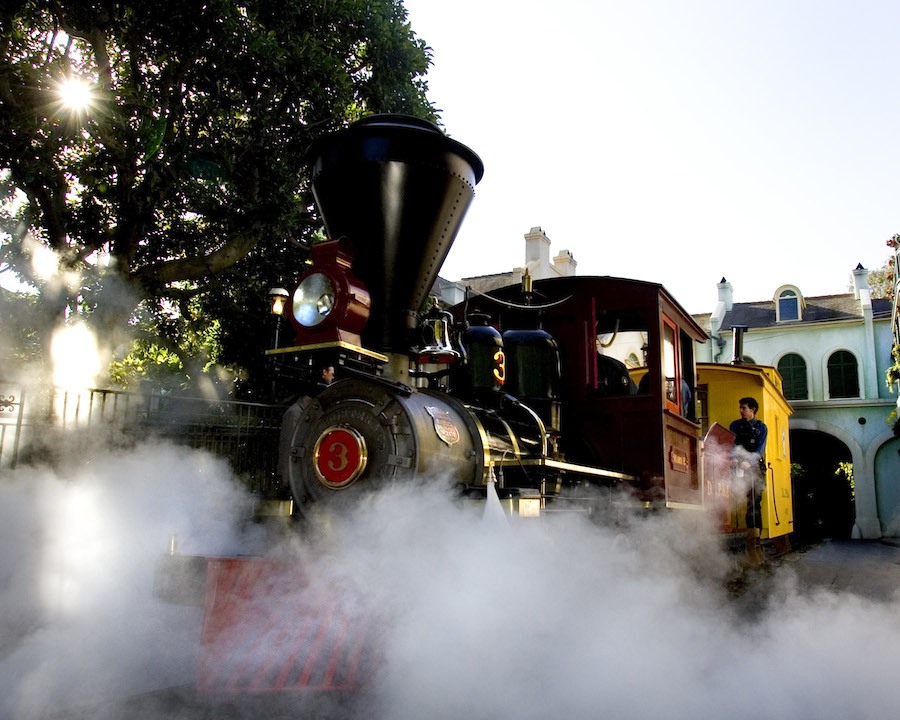 A Celebration of Disney Trains at the Walt Disney Family Museum

As The Walt Disney Family Museum unveils its new exhibit, All Aboard: A Celebration of Walt’s Trains, we look back at some rarely seen photos and a very special moment in Disney train history. On May 10, 2005, at 7 a.m., a ceremony took place before Disneyland opened for the day. On the occasion of Disneyland’s 50th anniversary, about 100 people gathered at the New Orleans Square Station of the Disneyland Railroad to honor animator and Disney Legend Ollie Johnston, one of Walt’s Nine Old Men, for how he inspired Walt Disney with his love of trains. Ollie inspired Walt to build his backyard railroad, the Carolwood Pacific Railroad. Walt’s love of giving people rides on this little steam train in his backyard eventually led to the building of Disneyland.

After the speeches that early May morning, Ollie was presented with a plaque from the Carolwood Pacific Historical Society. Then everyone heard a toot of a steam whistle and up pulled a gleaming steam train. Ollie at first thought it was a Disneyland engine, then his son Ken leaned down and said, “Dad, that is your engine.” Ollie then realized it was his beloved Marie E. and he started to cry. And then so did everyone else. I then told Ollie that the Marie E. needed a real engineer to drive it around Disneyland and asked if he would like to do it. “Boy, would I!!” was his answer. He climbed up into the cab of the Marie E. with the help of the amazing Disneyland Railroad crew and they strapped him in with seatbelts borrowed from one of the old Matterhorn bobsleds.

At 94 years old, Ollie expertly engineered his Marie E. — the only outside train ever run on the rails of Disneyland — three times around Disneyland to the cheers of everyone there.

It was said that of all of the year-long events celebrating Disneyland’s 50th anniversary, the morning of May 10 was by far the most special. 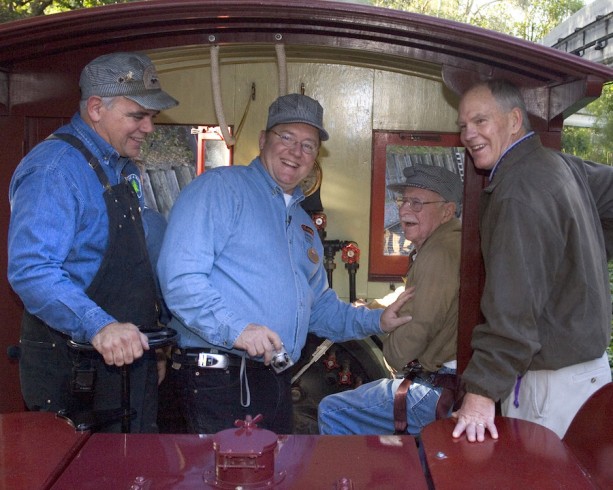 This memory told by John Lasseter, Chief Creative Officer, Walt Disney and Pixar Animation Studios, recalls a very special moment in Disney train history. It’s one of many train tales being celebrated in All Aboard: A Celebration of Walt’s Trains, a new exhibit at The Walt Disney Family Museum in San Francisco, Calif. On view through February 9, 2015, this comprehensive exhibition explores the influence that railroading had on Walt Disney’s life and work. It also tells the story of how his railroading legacy lives on to this day in Disney films and theme parks around the world. The arc of this exhibition doesn’t start and end with just Walt, though. All Aboard explores the interest and passion for railroading of Walt’s friends and staff, including Ollie Johnston. The Disney Legend was able to make his Disney railroad dreams come true at Disneyland before he passed away in 2008.