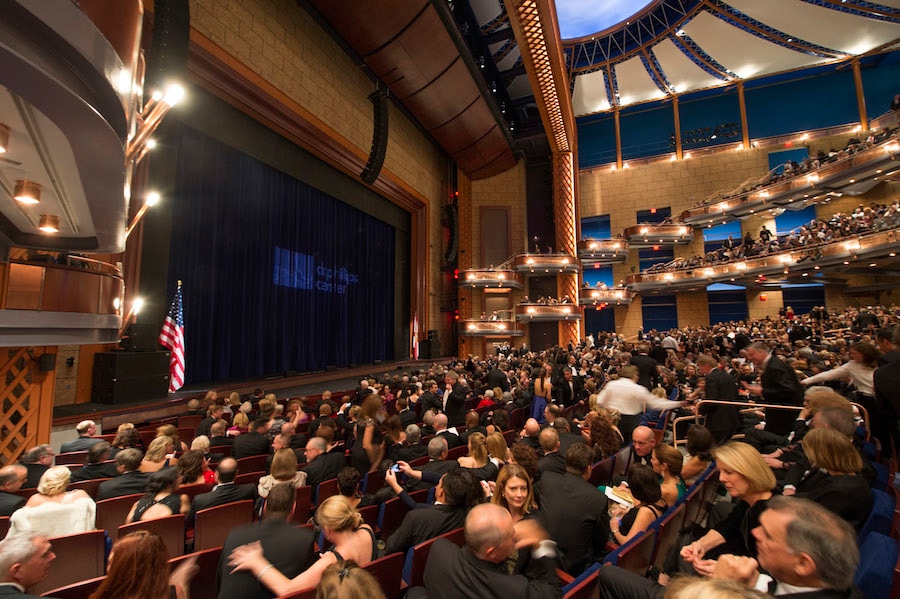 If you’re a theater lover like I am, nothing beats that feeling of anticipation and excitement as you wait for the curtain to rise. That’s how many of us felt as the stage came to life for the very first time Saturday night, at the Walt Disney Theater at Orlando’s new Dr. Phillips Center for the Performing Arts (DPAC). George A. Kalogridis, president of Walt Disney World Resort joined local business and community leaders in celebrating the center’s historic Grand Premiere with a glittering gala and the hall’s inaugural performance. A 2,700-seat hall with tiered seating, the Walt Disney Theater is Central Florida’s new home to Broadway-style shows and musical performances. As one of the earliest and largest investors in DPAC, Disney pledged $12.5 million to the development of the center.

Audiences got their first glimpse of the theater in action during the gala performance, “Broadway and Beyond,” which was developed with the assistance of the Disney Creative Entertainment team. The team also produced the evening’s grand finale – a spectacular fireworks show.

Over the past seven years, cast members from areas such as Walt Disney Imagineering and Creative Entertainment have also contributed in-kind services such as developing marketing materials, producing community events and hosting fundraisers.

So, as we anticipate exciting, inspiring and entertaining performances for years to come, we have one word for our cast members and the Central Florida community partners who made the DPAC dream a reality … Bravo!