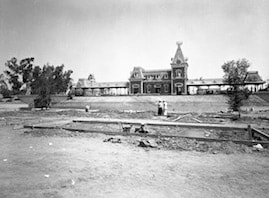 This week, we shared even more holiday experiences happening this season at Disney Parks as well as a special behind-the-scenes peek at how we transform Magic Kingdom Park for Mickey’s Very Merry Christmas Party. If you missed it, take a look at what happens while you sleep.

Our Holiday Services department works year round to make sure everything is ready to be installed at each park and resort at Walt Disney World Resort.

Here are some of other stories we worked on this week.