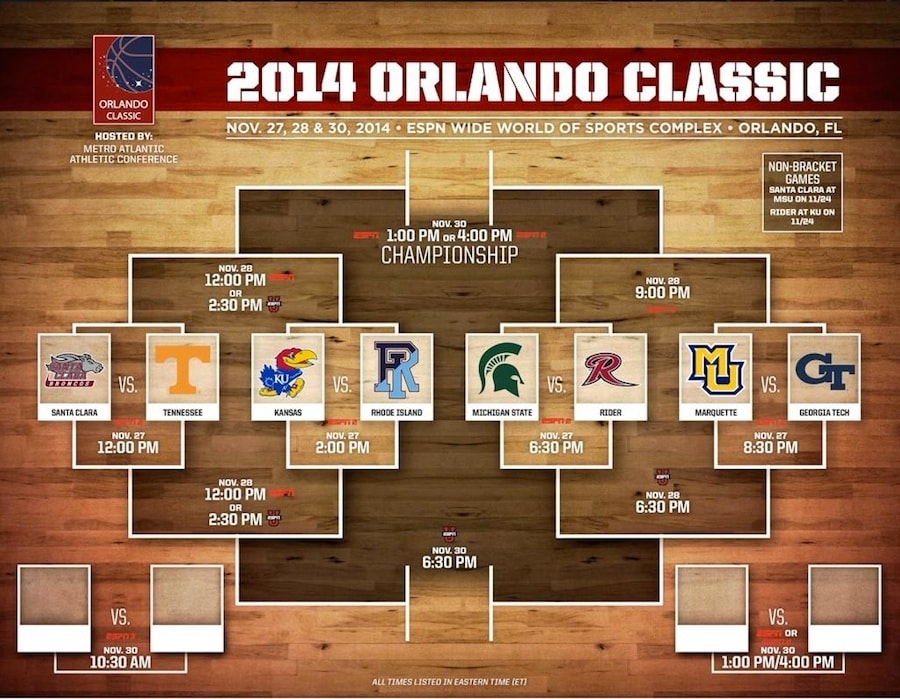 If you or someone in your family likes Division 1 college basketball, then you might want to consider spending a portion of your Thanksgiving holiday weekend at ESPN Wide World of Sports Complex at Walt Disney World Resort. Once again Disney welcomes the Orlando Classic, a premiere pre-season basketball tournament hosted by the Metro Atlantic Athletic Conference, from November 27-30. 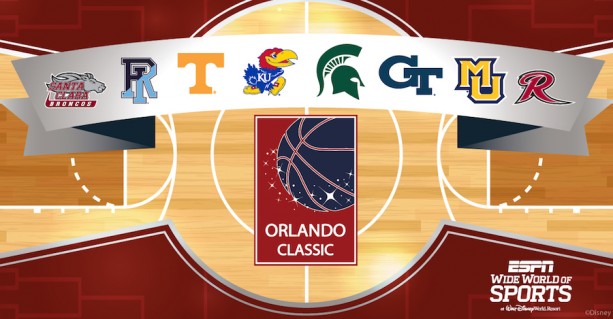 This year, National Championship contenders Kansas and Michigan State headline the event and are joined by teams with the ability to make a run in the tournament including Tennessee, Marquette, Georgia Tech, and Rhode Island. No other preseason tournament can say that the teams have combined for 28 Final Four appearances. Click here for additional tournament information and to purchase tickets.