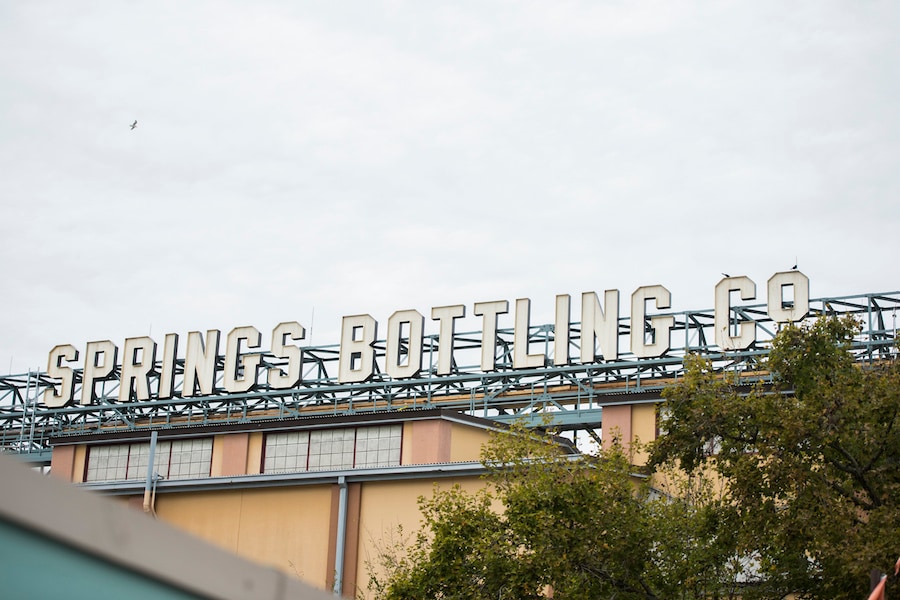 Earlier today, we shared updates on several new offerings that are on the horizon for Downtown Disney as it transitions into Disney Springs.

One of those updates was that Walt Disney Imagineering recently installed a Springs Bottling Co. Marquee atop the building that will eventually house the Morimoto Asia restaurant. The marquee, which is now part of Downtown Disney’s illuminated nighttime skyline, helps weave the turn-of-the-century theme of Disney Springs through the area, as this building formerly served as Springs Bottling Co., the town’s bottling company.

Check out this time-lapse video of how our Imagineers installed the new marquee literally over night.