Visions of the Future Spring Up at Downtown Disney

Earlier this fall, we shared the news that two new dining experiences, Morimoto Asia and The BOATHOUSE, are coming to Disney Springs at the Walt Disney World Resort. Today we have a few more updates to share about glimpses of the future that are starting to appear as Downtown Disney continues to undergo its transformation. 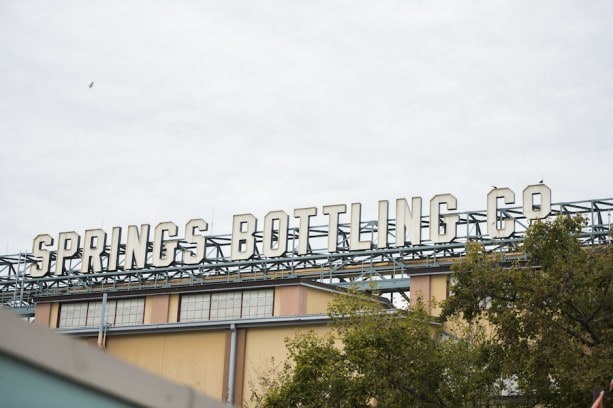 The “Springs Bottling Co.” marquee was recently installed above the future location for Morimoto Asia. The sign is an architectural detail that draws from the Disney Springs design story, which harkens back to Florida’s waterfront towns at the turn-of-the-century. The interior of Morimoto Asia will also showcase the theme and pay tribute to the history of Disney Springs.

Located adjacent to the recently announced site for The BOATHOUSE, the Waterview Stage is now offering nightly entertainment, along with great views of Village Lake. Be sure to pick up a Times Guide for specific showtimes. 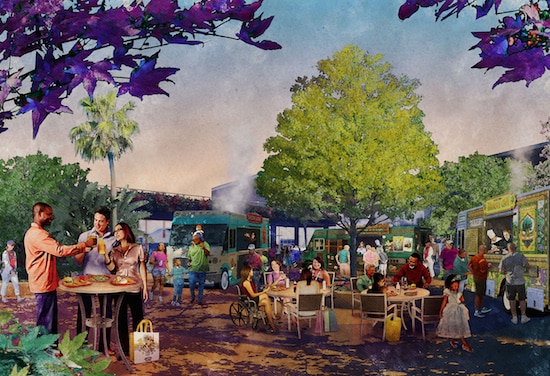 Opening later this month, the Food Trucks at Exposition Park on the West Side will be a permanent home for the owned-and-operated Downtown Disney food trucks. Located along the water, the Food Trucks will serve mouthwatering culinary creations daily, such as chicken & waffles and tandoori spiced shrimp. The area will also offer additional seating for diners as well as shaded areas during the day.

Significant progress is being made on the first phase of Disney Springs known as The Landing. Guests can see for themselves as they stroll along a section of the new pedestrian walkway now open between Portobello and Paradiso 37. Later this month, the walkway will fully open and provide direct access to the West Side.

Speaking of progress, the West Garage (the first of two planned garages coming to Disney Springs) is opening in phases and will be available for guest parking starting on November 20.

It certainly is exciting to watch Disney Springs come to life and I’m eager to see what’s in store in the months ahead.

For more about Disney Springs, visit the posts below: