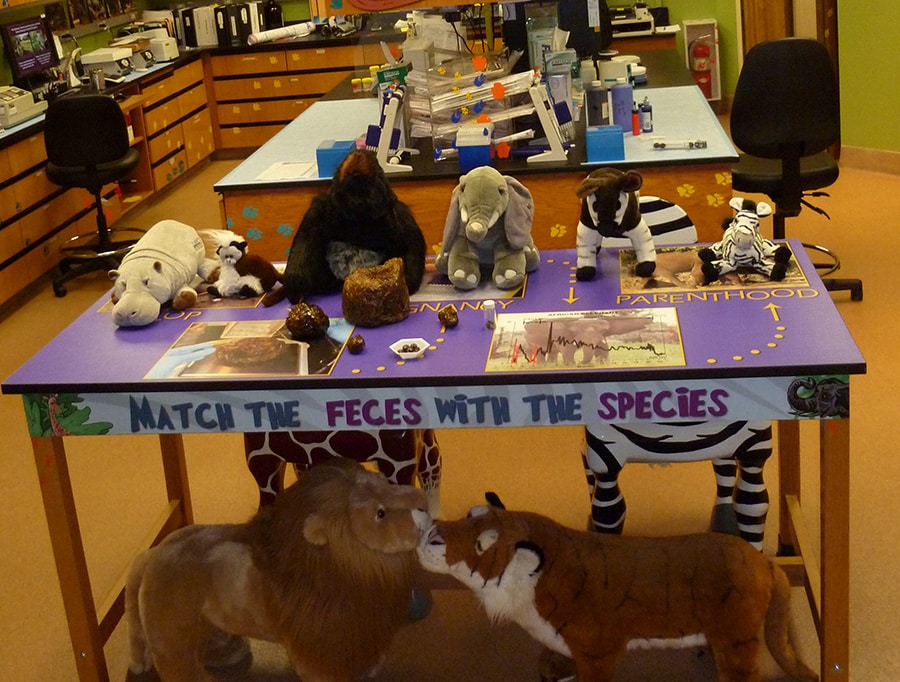 Science fans might recognize the quote in the title from the theme song of television show Bill Nye, the Science Guy. The popular educational show showcased science topics through interactive, applied science projects. Bill Nye, the Science Guy was for TV what the newly renovated Science Center is for Disney’s Animal Kingdom. Like the show, applied science is exactly what Guests will have the opportunity to see and learn about as one of the many subjects showcased in the area.

You might be thinking, isn’t this WILDLIFE Wednesday? What does applied science have to do with wildlife?… Much more than you think!

The Science Center, previously known as the Wildlife Tracking Center, is home to the Science Operations team – a team of scientists and animal care professionals who partner with various teams within Disney’s Animals, Science and Environment, to provide outstanding care for the animals at Disney’s Animal Kingdom and Disney’s Animal Kingdom Lodge. The new name reflects this as a location that is fun, interactive and inspiring, highlighting science using applied means, which is precisely what the Science Operations team is all about. Guests have the opportunity to view behavioral husbandry cast members coordinating animal training and enrichment programs, animal behavior scientists analyzing behavioral data, endocrinologists monitoring pregnancies and hormone cycles of animals within the park, and/or the population biologist working on animal management plans that help us determine which animals should be put together for breeding.

You might be able to find Bill Nye, the Science Guy in a science classroom near you, but the science experts at Disney’s Animal Kingdom can be found working in their lab at Rafiki’s Planet Watch. We hope to see you soon!

Did you know that…?