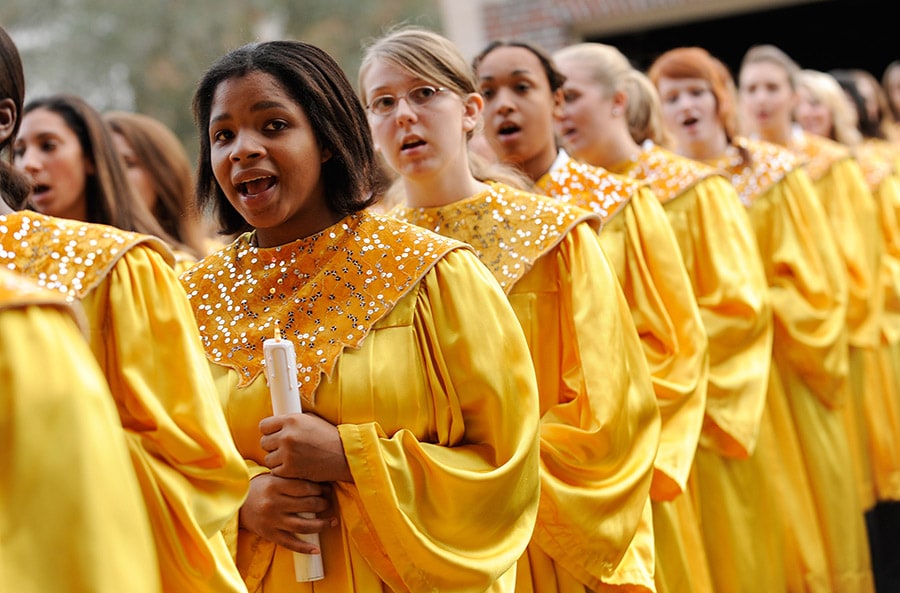 Actor Blair Underwood is set to narrate The Candlelight Processional at Epcot December 26 – 27, and he just can’t wait to hit the stage. 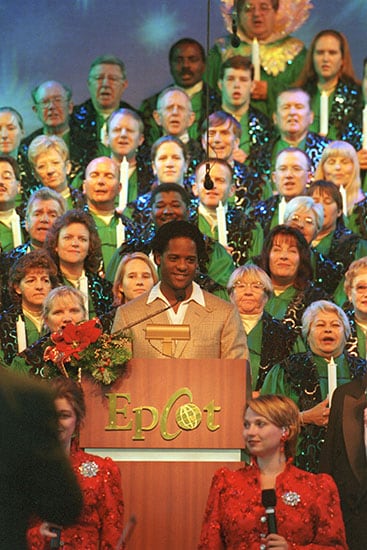 “Being a narrator for The Candlelight Processional really is the highlight of my Christmas and my family’s Christmas,” he says, speaking of wife Desiree, and their kids Paris, Brielle and Blake, who eagerly accompany him on his holiday trip. “If you want to get into the holiday spirit – the Christmas spirit – there’s nothing like coming into The Candlelight Processional to feel and be transported into the greatest story ever told.”

Blair, who has appeared in the show as a narrator for several years, says for him The Candlelight Processional is not only a chance to participate in a beautiful musical performance, but it also enables him to take part in something very meaningful for him during the holiday season.

“What I notice more than anything during the show is a sense of peace, a sense of traditional holiday spirit, and a sense of love,” he says. “[The show] is always magical and that’s what Disney World was created to be. [Instead] it’s people coming into that moment and celebrating the birth of Christ, which is very important to me, as I am a Christian.”

In addition to celebrating the season at the show, Blair and his family are also looking forward to spending some fun family time together in the theme parks during their visit as well. This year, they’re also looking forward to trying out the latest things Walt Disney World Resort has to offer, such as “Disney Festival of Fantasy Parade” and seeing the technology of Seven Dwarfs Mine Train.

“Our tradition is to try to cram in as much as possible,” he laughs. “When our kids were younger, we spent a lot of time at Magic Kingdom. Last year we spent more time at Epcot, which has been an eye-opener. We as a family love to travel and it’s fun to go to those different countries in Epcot and see the similarities between the pavilions and the actual countries. The food is always a big part of that, too.”