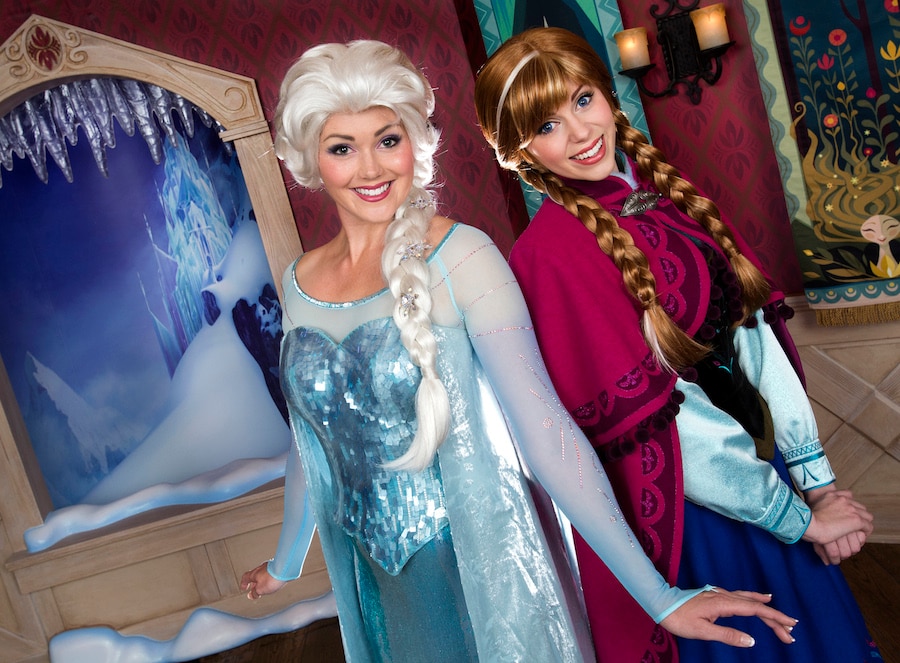 A sneak peek of many of the experiences begins Saturday, Dec. 20. The “Frozen Fun” officially launches at Disney California Adventure park starting January 7, 2015, and a new “Frozen” show makes its debut in Fantasy Faire at Disneyland park.

Check Shawn’s original post for more details on the experiences and follow along with the hashtag #FrozenFun.

And we also shared some fun wallpapers, especially for Disney Parks Blog readers. The first is a brand-new holiday image from Disney Artist Jeff Maurer. The second is a spectacular photo captured earlier this year by Walt Disney World photographer Kent Phillips at Cinderella Castle in Magic Kingdom Park. To download, simply click on the images above.

By the Numbers: Holidays on Main Street, U.S.A., at Disneyland Park – Ever wonder how many thousands of ribbons, lights and ornaments adorn Disneyland park for the holidays? We did! Click through to learn more.

Video: Watch Highlights from “Mickey’s Once Upon a Christmastime Parade” – Get in the holiday spirit with photos and video from this Walt Disney World tradition.