Earlier this week, the beach at Aulani, a Disney Resort & Spa, was the stage for some musical segments being produced for Disney Parks Frozen Christmas Celebration. 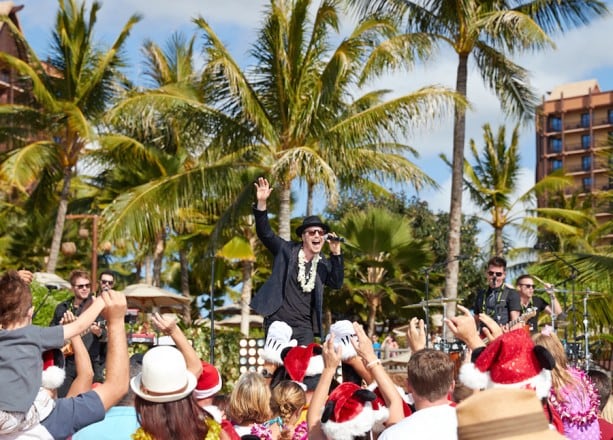 Gavin DeGraw performed the classic song, “I’ll Be Home For Christmas” and then delighted the audience with his hit song, “Fire.” 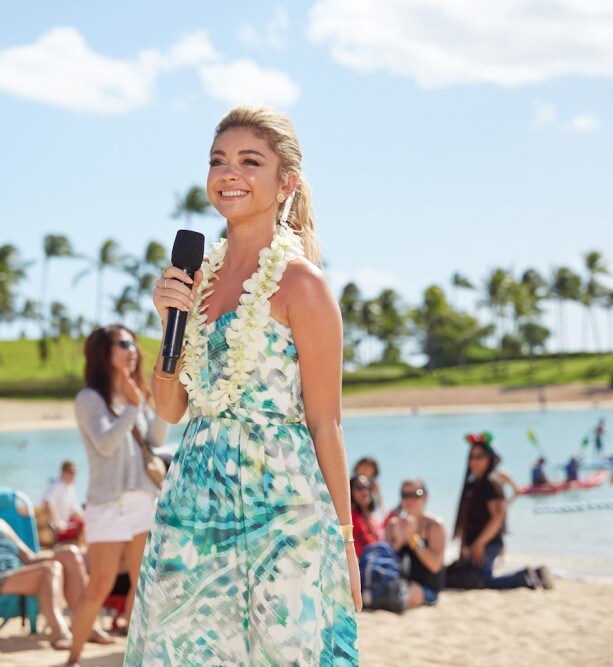 Actress Sarah Hyland joined us to introduce the performances from Aulani.

“Austin & Ally” star Laura Marano brought some “Frozen” holiday fun to Aulani with her performance of “Do You Want to Build a Snowman?” – or should we say “Sandman?”

Check back for updates about Disney Parks Frozen Christmas Celebration and don’t forget to tune in to ABC on Thursday, December 25 at 10 a.m. ET, 9 a.m. in all other time zones (check local listings). You can also join the conversation by using the hashtag #DisneyParade.