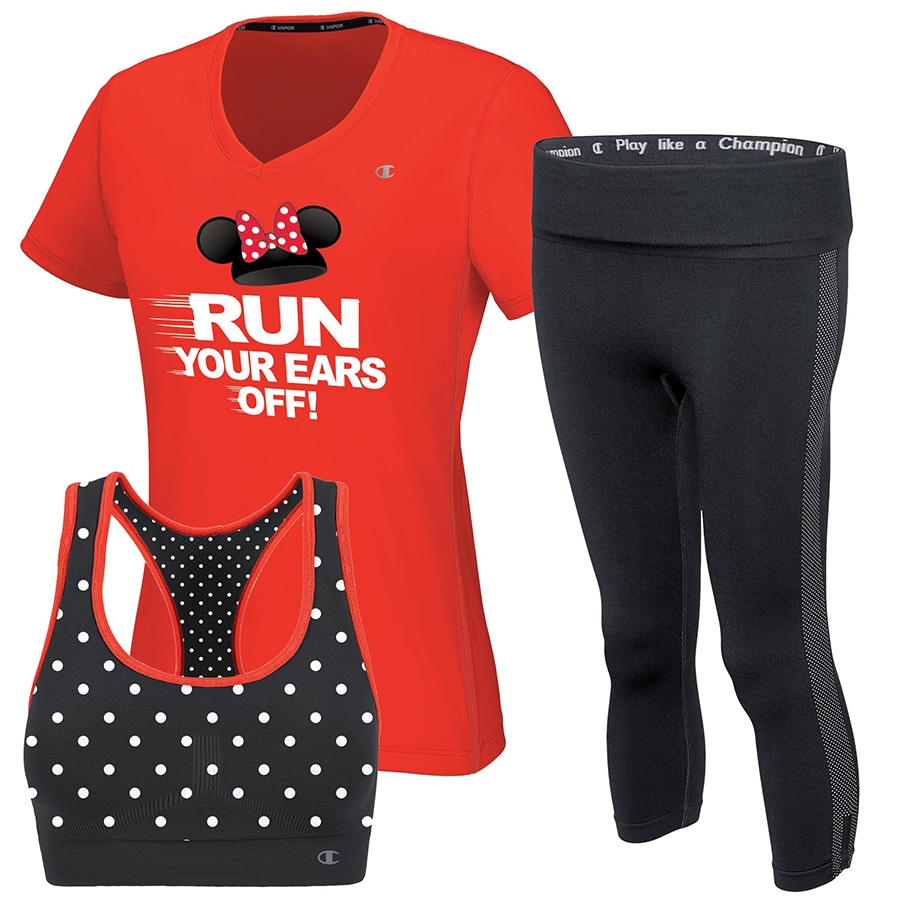 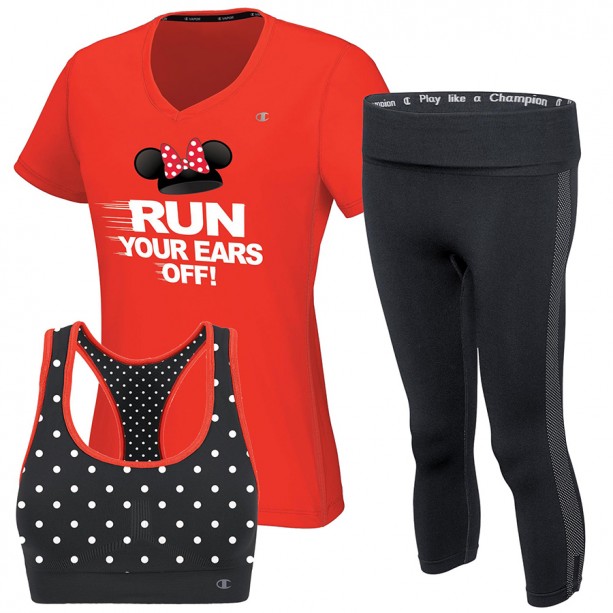 This past year, my fiancée has been participating in a lot of runDisney races in both Walt Disney World and Disneyland Resorts. One thing I’ve learned while cheering for her is that the right race attire can make all of the difference. Today, I’m excited to announce a new Minnie Run collection by Champion Athleticwear that is coming to the Walt Disney World Marathon Weekend in January 2015.

Inspired by Minnie Mouse, this new collection features a new “Run Your Ears Off” tee-shirt, a seamless bra and seamless capri pants.

I spoke with the Champion Athleticwear team who provide the official performance apparel for runDisney. They said they designed this new collection after extensive research and feedback from runDisney participants over the past few years. The bra and Capri are chafe resistant through innovative seamless technology, which they said is perfect for running. The new tee has Champion Vapor Technology which dries faster as you heat up (I need that kind of shirt for summers in Florida!).

The Minnie Run collection will be sold at the Champion Athleticwear booth during the runDisney Health & Fitness Expo from January 7 – 10 at the ESPN Wide World of Sports Complex.

Stay tuned in the coming weeks as I’ll offer some additional looks at other items coming to this exciting race weekend at Walt Disney World Resort.