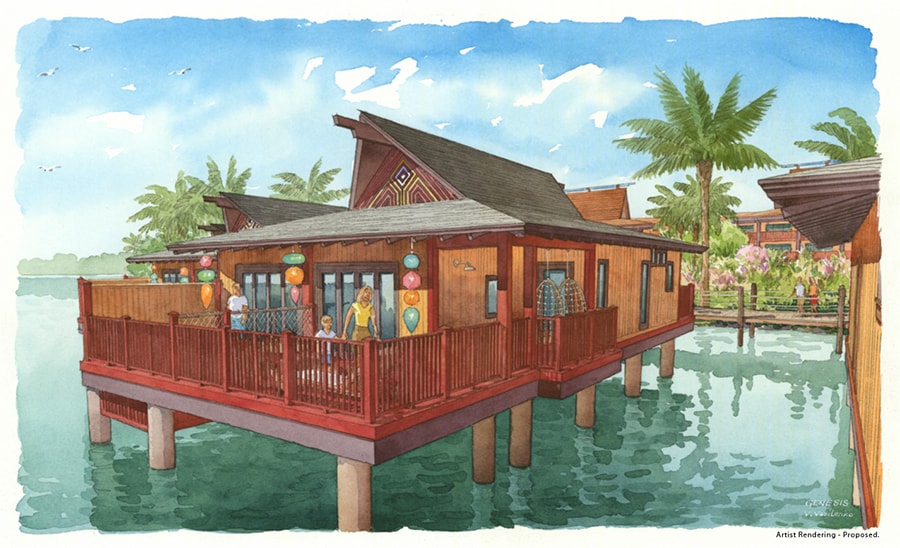 Check out this just-released rendering of the new Disney Vacation Club Bungalows, the first of their kind on any Disney property. The 20 Bungalows will sleep up to eight guests each in a home-like setting reminiscent of the South Pacific. My favorite feature though has to be the plunge pool overlooking Seven Seas Lagoon, and the view of the fireworks over Magic Kingdom Park. 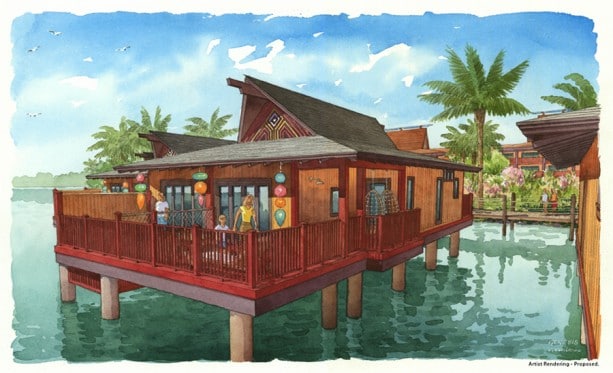 Adding to the excitement, we are opening the largest Deluxe Studios at the Walt Disney World Resort. The 360 Deluxe Studios will sleep up to five guests each and have the ability to connect to another Deluxe Studio, the first time we have done this at a Disney Vacation Club Resort. Similar to Disney Cruise Line ships and The Villas at Disney’s Grand Floridian Resort & Spa, the rooms will each have a bathroom separated into two areas, one with a shower and sink and the other with a sink and tub/shower. Plus, they also will have kitchenettes and enhanced storage space for convenience and comfort. 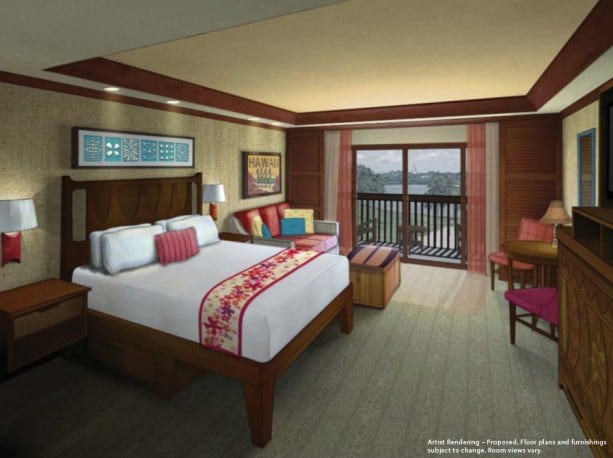 The addition of Disney Vacation Club to this beloved resort is part of an overall renovation. A re-imagined Great Ceremonial House will welcome guests to a tropical destination where Disney magic meets South Seas hospitality. Also included is an enhanced feature pool and new food and beverage offerings, including Pineapple Lanai where Members and guests can get their favorite Dole Whip treats and Trader Sam’s Grog Grotto, which will feature exotic cocktails and Polynesian-themed small plates. Earlier this year, the resort opened a brand-new children’s activity center called Lilo’s Playhouse.

The first phase of Disney’s Polynesian Villas & Bungalows is scheduled to open in 2015. Stay tuned as we continue to share more news in the coming months!