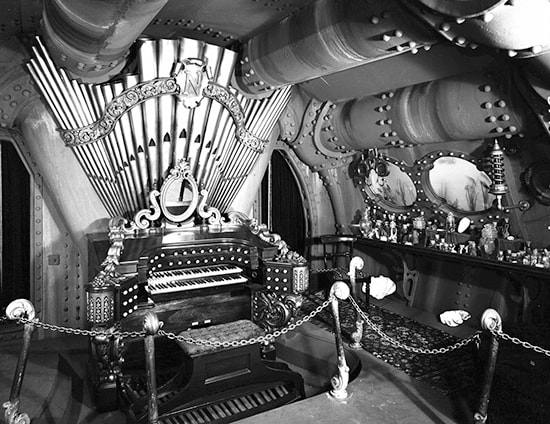 The ‘20,000 Leagues Under the Sea’ Connection to the Haunted Mansion at Disneyland Park 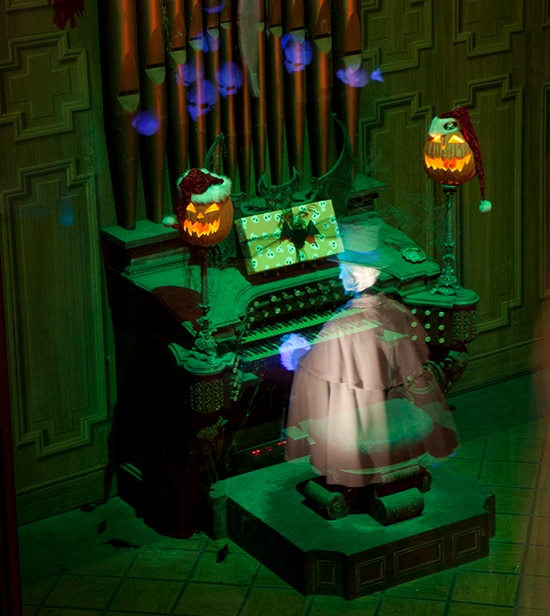 The Haunted Mansion at Disneyland park holds many hidden secrets, but it turns out that one of these secrets is hiding in plain sight … Walt Disney’s landmark live-action film adaptation of Jules Verne’s “20,000 Leagues Under the Sea” debuted sixty years ago this month. The film, which went on to win two Academy Awards®, was also the first Disney feature filmed in CinemaScope. The success of the movie gave Walt the idea to put some of its sets on display in an exhibit using available space at Disneyland in the summer of 1955.

The Nautilus Salon set created for the film was set up in Tomorrowland as a temporary exhibit, but it became so popular that it remained on display for 11 years. 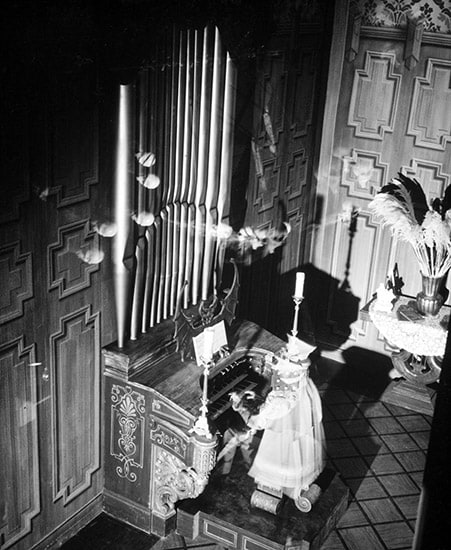 Having heard rumors for years about what happened to those original set pieces, I reached out to our friends at the Walt Disney Archives who confirmed that when the sets were disassembled in 1966, the pipe organ (without its fanned piping) was set aside for use inside the Haunted Mansion, which would open three years later. Yes, the pipe organ in the ballroom scene of the Haunted Mansion is the very same one that James Mason, as Captain Nemo, played in the film. I was pleased to also learn that the Walt Disney Archives still has many of the original furniture pieces from the Nautilus Salon, including the recently discovered organ bench shown in this production photo.

Likes (11)
Share The ‘20,000 Leagues Under the Sea’ Connection to the Haunted Mansion at Disneyland Park