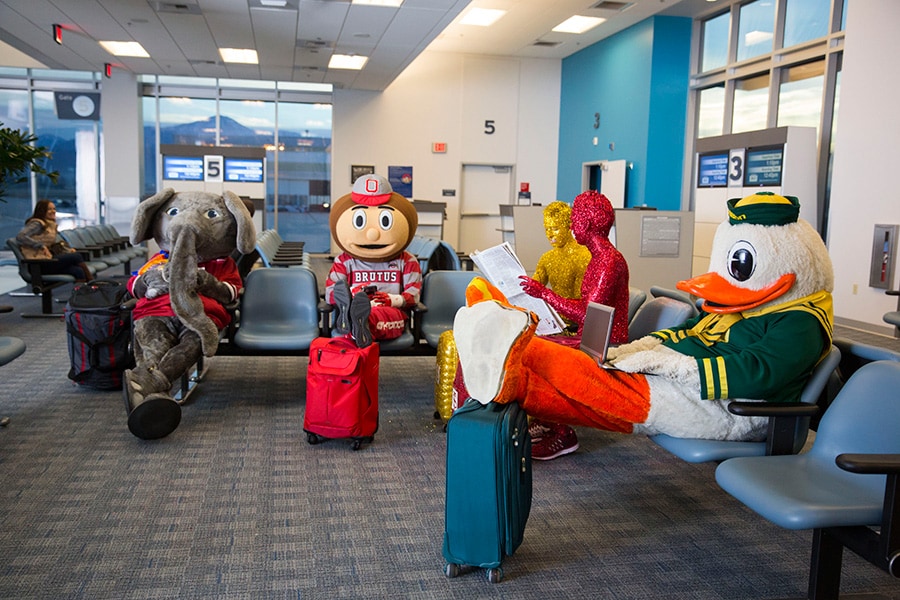 As excitement builds for the inaugural College Football Playoff on ESPN, Disney Parks is launching a series of fun TV spots on ESPN and ABC-TV created in the same vein as our iconic “I’m going to Disney World” commercials.

If you haven’t seen the spot yet, mascots from the University of Alabama, Florida State University, The Ohio State University and the University of Oregon are passing the time at an airport, hoping their team wins the National Championship so one of them will get to fly off to Walt Disney World Resort in Florida to represent their school for a celebratory parade similar to how countless marquee sports heroes have celebrated after the big game. Check it out – it’ll make you smile.

Watch for new versions of the TV spot after the College Football Playoff semifinals. Until then, we’d love to hear what Disney Parks Blog readers think. Who wins and gets to go to Walt Disney World Resort?

Be sure to check the Disney Parks Blog after the College Football Playoff semifinal games on ESPN on January 1, 2015 for more.