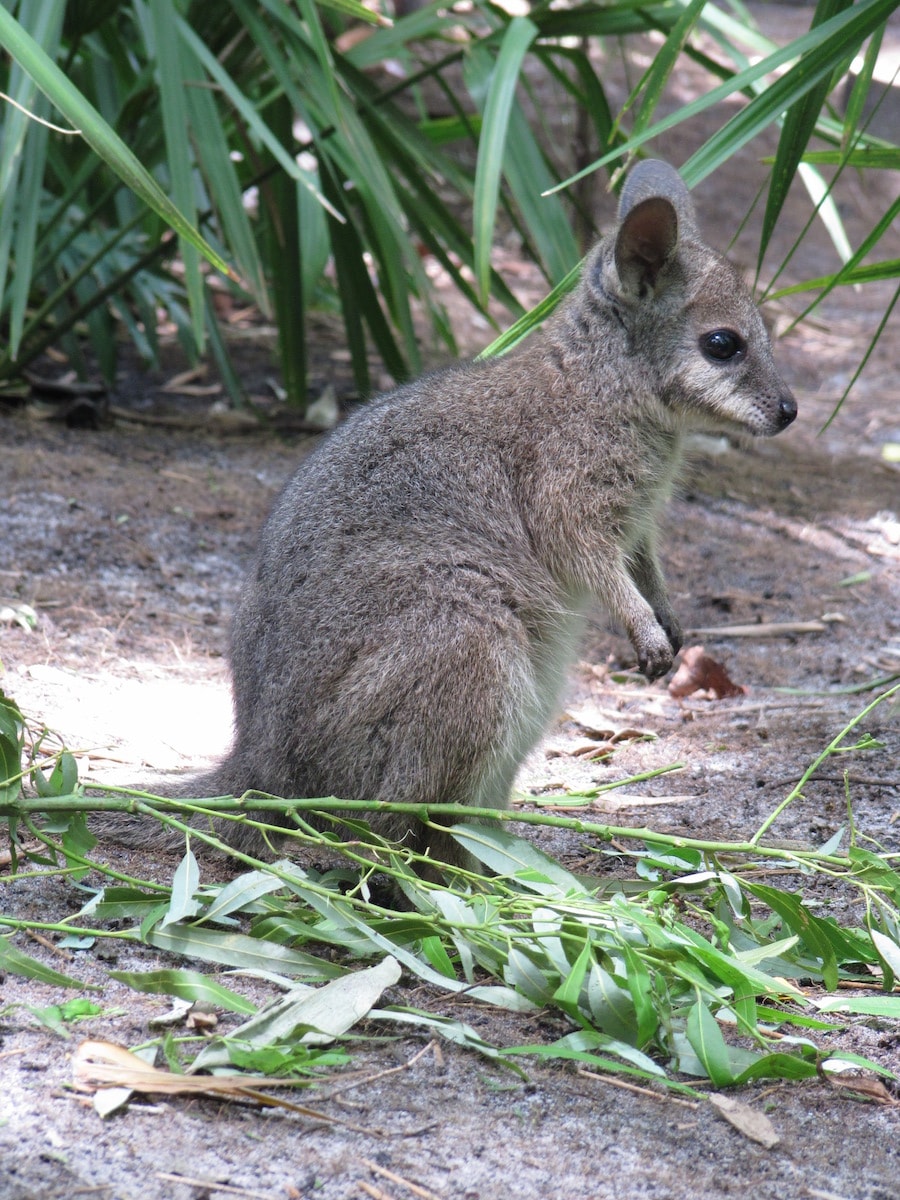 Those births were a very exciting time for our Animal Programs team, but we’ve had plenty of excitement throughout the year with hundreds of births and hatchings! (You are probably thinking, “Where are they keeping all of these baby animals?!”, but keep in mind that this large number includes invertebrates that can have 100 offspring at a time!) While we don’t have the space here to feature all of our new babies, the Animal Programs team at Disney’s Animal Kingdom and Disney’s Animal Kingdom Lodge have helped compile a quick list of some of the baby animals we welcomed this year. 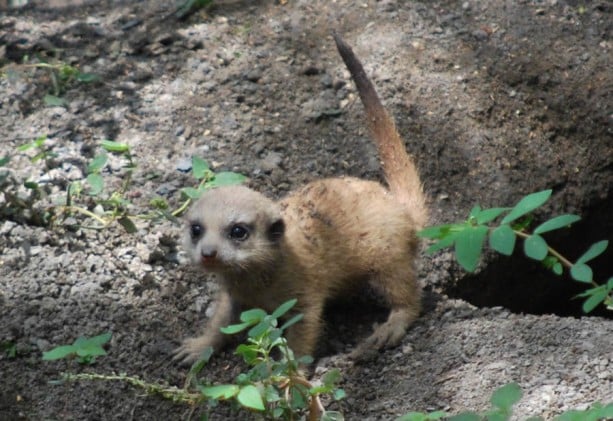 Just around the corner from the gorilla families on Pangani Forest Exploration Trail, you can find a maze of slender-tailed meerkat burrows, and might even catch a glimpse of this baby meerkat or one of its nine siblings! The adults can be seen sitting upright as they keep watch over the newly extended family, and an alarm chirp sends them all scurrying into the safety of the burrows.

A short walk from the meerkats, the African Aviary on Pangani Forest Exploration Trail is also home to new babies. These offspring weren’t born, they hatched! The Great blue turaco is the largest of the 23 types of turacos found only in Africa. They are primarily fruit eaters, and although they can fly very well, they prefer to run and scamper about the tree limbs, almost like a squirrel. This beautiful bird and recent hatchling can be seen in the Africa Aviary.

Also in the African Aviary, you can find a colony of Black cheeked lovebirds – a vulnerable African species of parrot. Only two zoos in the United States care for this species. The hatchlings weigh in at only ~5 grams (about the weight of a quarter) and reach only 4 inches in length when they are fully grown.

A wallaby joey is one of the many interesting species you don’t want to miss at the Oasis Exhibits as you begin your adventure at Disney’s Animal Kingdom. He is most active during the cooler parts of the day, mornings and after late day rains. If you didn’t see his birth announcement on the Disney Parks Blog, you can check it out here.

Kilimanjaro Safaris, an open-air vehicle tour of a lush African savannah, is now home to this cute springbok calf, along with three other calves and their families. The springbok is able to run alongside its mother within an hour after birth, but of course it tires quickly, and will then flatten itself into the long grass and hide from predators.

In 2014, the team at Disney’s Animal Kingdom Lodge was delighted to welcome three Thomson’s gazelles, which are very similar in appearance to the springbok. The newest addition, pictured here, is a girl who was born in October. Although she’s resting in this photo, she often leaps and tears around the savannah. Thomson’s gazelles are some of the fastest antelope in Africa, and combine their incredible speed with agile jumps and maneuvers. They are often able to outrun cheetahs and other predators. 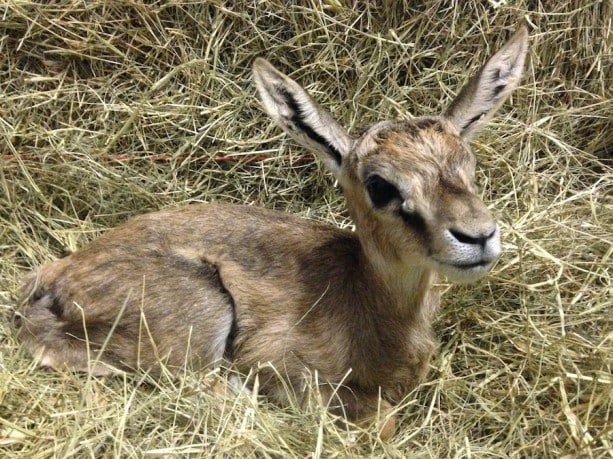 Disney’s Animal Kingdom Lodge is also home to a Red river hog sow and her three piglets, born in May. This is her second litter and the entire family, including dad and aunt, can be found on the Pembe savannah.
(Did you know a female hog is called a “sow”? You did? “Sow” did I!) All of our births and hatchings are celebrated because many animals, including the Western lowland gorilla and Black cheeked lovebirds, need our help for their species to survive. Several species are a part of the Association of Zoos and Aquariums (AZA) Species Survival Plan (SSP). Look for other baby animals and their families throughout Disney’s Animal Kingdom and Disney’s Animal Kingdom Lodge. We look forward to the New Year as we continue to protect wildlife and wild places around the world.

Happy New Year from all of our families to yours!!