Walt Disney once expressed an “immediate need for education and practice in using our natural resources of soil, forest, water, wildlife and areas of inspirational beauty to the best advantage of all.” Walt’s conservationist heart has led The Walt Disney Company to be a responsible environmental company from the beginning. 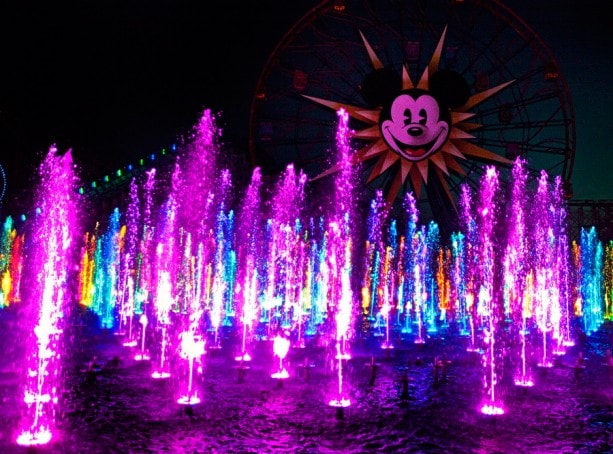 The innovation that fuels Disney to create amazing attractions and experiences, often leads us to pave the way in those behind-the-scenes areas as well. In 2007, when preparing for the launch of “World of Color,” Disneyland Resort drained Paradise Bay in a new way. Partnering with the Orange County Water District, we drained 16 million gallons from the bay into the Orange County Water District’s groundwater replenishment system, instead of storm drains. This ensured the water was purified and stored for future use. When we refilled the bay, the water came from that same system.This innovative, water-saving solution helped earn the resort recognition by being awarded the Governor’s Environmental and Economic Leadership Award in 2009.

Take a look as Mickey and Goofy help refill Paradise Bay for the first time, back in 2009.