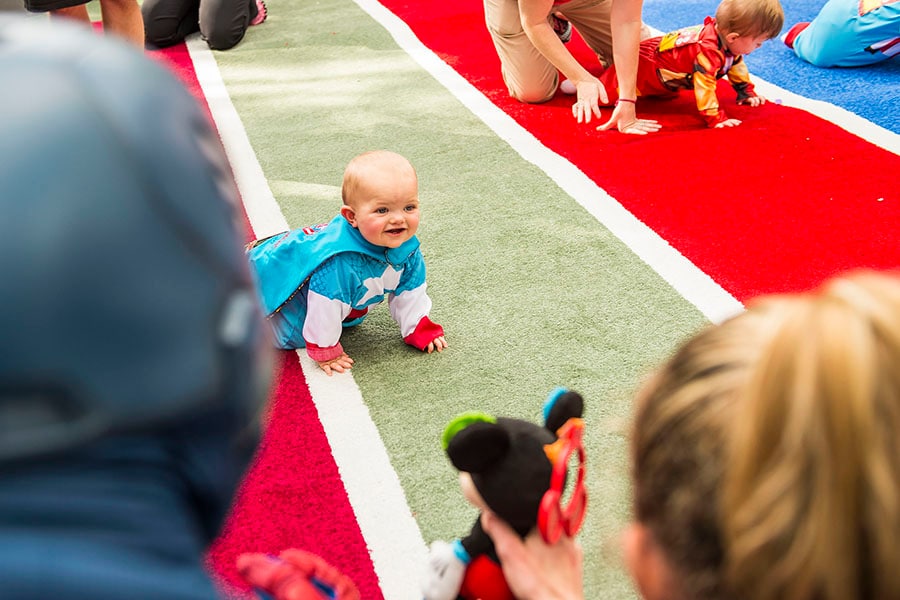 Even before taking the start line during Avengers Super Heroes Half Marathon Weekend at Disneyland Resort, 11-month-old Nolan Wyatt from Rochester, WA, had already taken on a race and won. 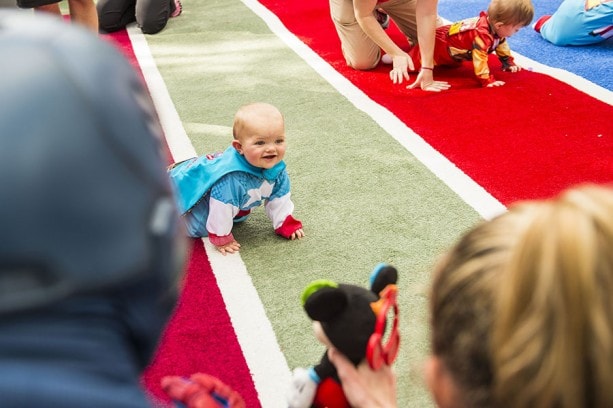 That’s right, the runDisney Diaper Dash was not Nolan’s first race, his first race was one for survival. Having difficulties breathing at birth, it was quickly diagnosed that Nolan was born with Congenital Diaphragmatic Hernia (CDH), a hole in the diaphragm that allowed internal organs to enter the chest cavity and prevent normal lung development. Within hours, Nolan was flown by medical helicopter to Seattle Children’s Hospital where he underwent life saving surgery.

After months of recovery it was time for this little super hero who fought through so much in his young life to celebrate with his parents, and what better way than to runDisney, or should we say crawlDisney.

“Nolan’s crawling the Diaper Dash to show how much he has overcome in his first year of life,” said Julie Wyatt, Nolan’s mother. “Just to show what he is capable of and to celebrate his life.”