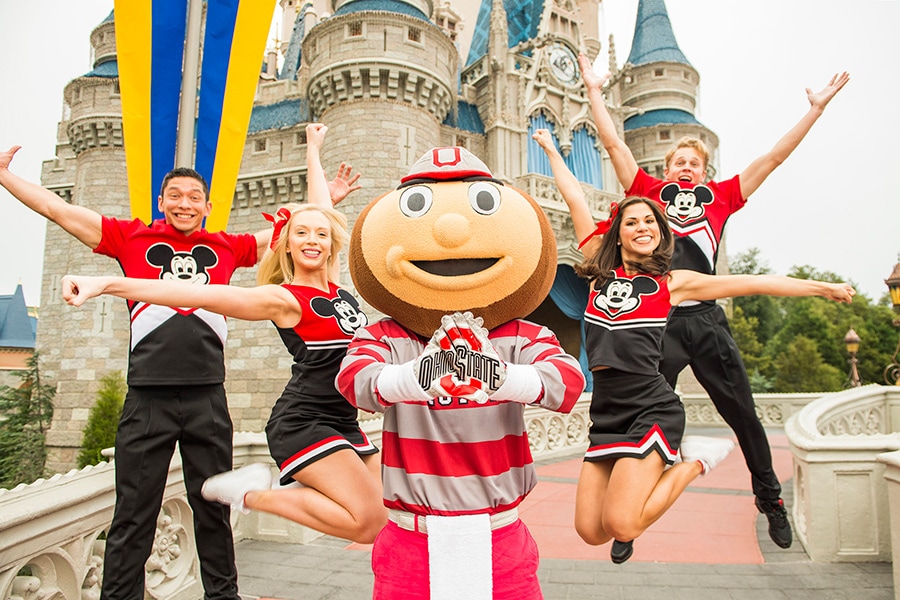 On the heels of Ohio State’s College Football Playoff National Championship win, the school’s mascot, Brutus Buckeye, celebrated the team’s historic victory at Walt Disney World Resort on Wednesday. Brutus Buckeye spent the morning at Magic Kingdom Park showing his Disney Side, posing for photos with Disney cheerleaders in front of Cinderella Castle and experiencing Storybook Circus where he rode Dumbo The Flying Elephant and strolled through the park holding balloons. 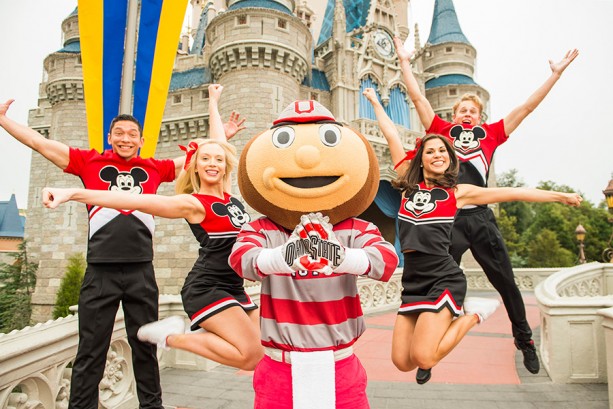 The trip to Walt Disney World Resort was the magical ending to a fun series of Disney Parks TV spots featuring mascots from the four College Football Playoff semifinal teams vying for the chance to come to Walt Disney World Resort if their team won the first-ever College Football Playoff National Championship, which aired on ESPN. Brutus Buckeye had his ticket punched when Ohio State defeated the University of Oregon 42-20 on Monday night in Dallas.

As for all of the teams that didn’t get to send their mascot to celebrate at Disney, our friends at ESPN have a comforting message for you.