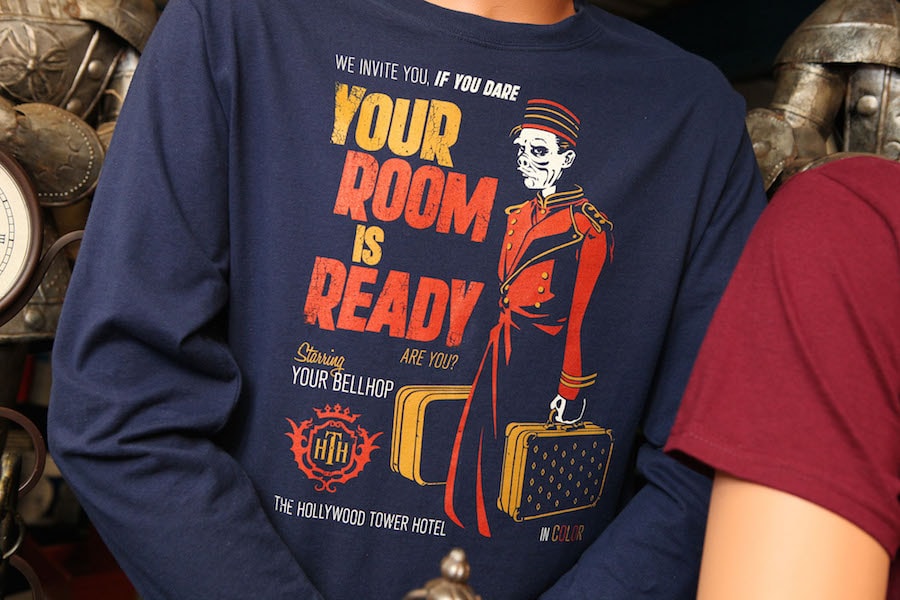 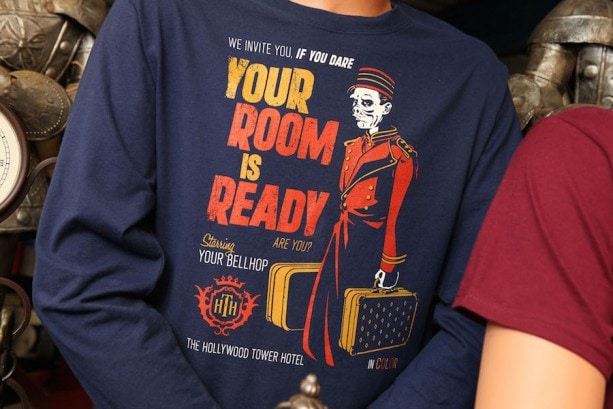 Last summer, I gave you a first look at a new merchandise collection called “Hollywood Tower Hotel Authentic” that was inspired by the Twilight Zone Tower of Terror attraction at Disney Parks. Today, I’m excited to announce that this line will drop into Disney Parks starting Friday, February 13 (what a perfect day!). These new products will be found inside Tower Hotel Gifts in both Disney California Adventure park at Disneyland Resort and Disney’s Hollywood Studios at Walt Disney World Resort. I recently visited the merchandise presentation offices at Disney’s Hollywood Studios where I found a display of several new items. 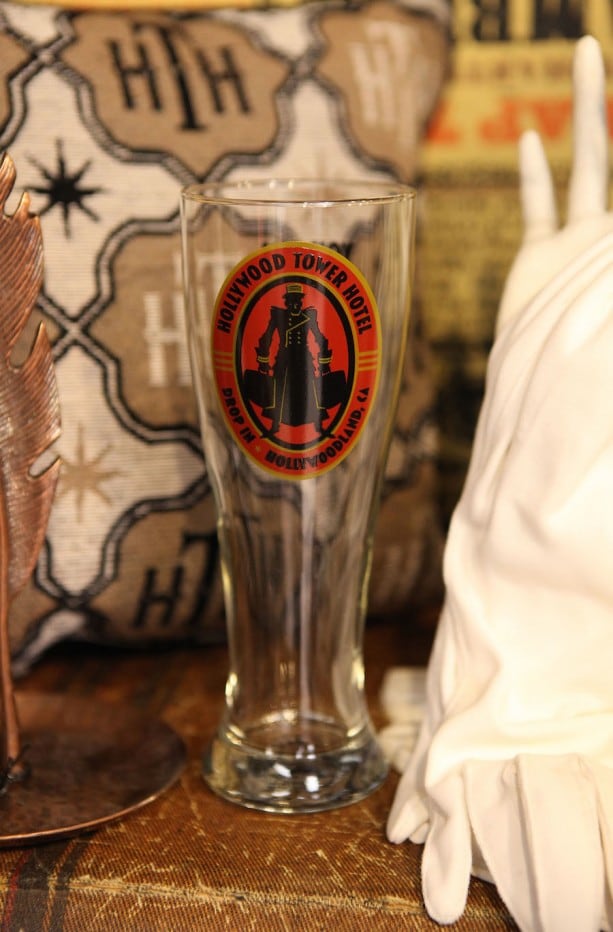 The merchandise presentation team set up a display to show what Tower Hotel Gifts may look like when the product is set. They told me they will be making adjustments to props, fixtures and lighting in the shops to complement the new merchandise. 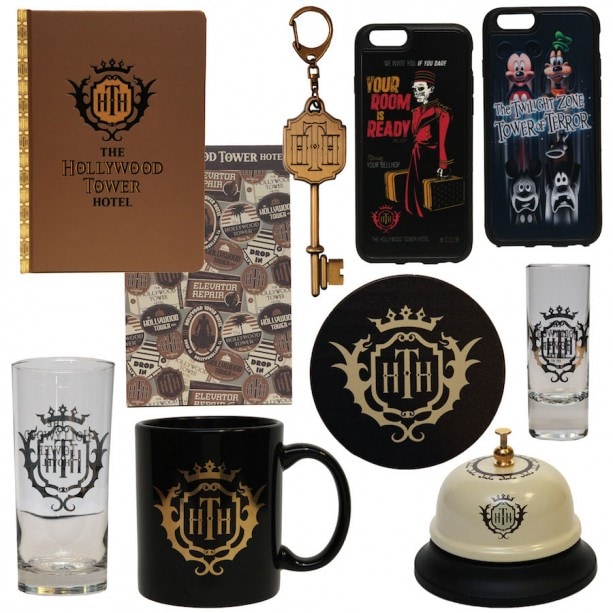 Disney Design Group artists were inspired by the Haunted Mansion Authentic program released last year when designing this artwork. You will notice similar design elements such as the use of vintage advertisements. The Hollywood Tower Hotel logo was also included on several items that could have been sold in the hotel gift shop before that one stormy night long ago. 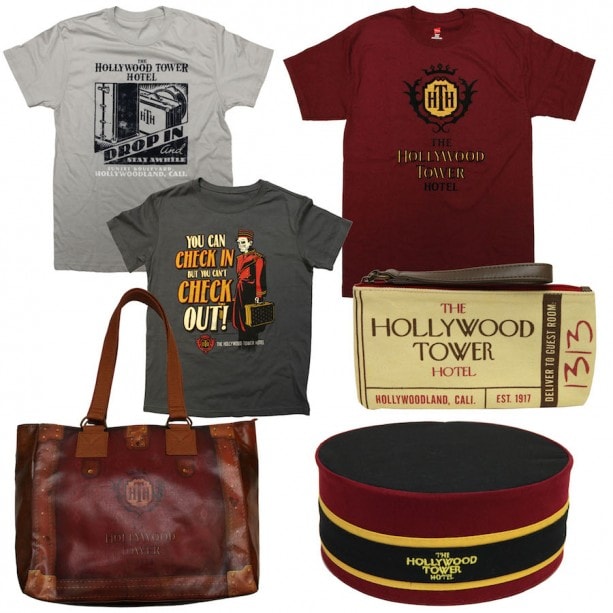 I love the tote bag that looks like vintage luggage and the bellhop cap is perfect! I was glad to see the bell was updated with new artwork (you can see the difference in this story from July 2013).

Guests will also find new apparel items for adults and kids. My son will be beyond thrilled that there will be a kid’s T-shirt with a character from his favorite episode. 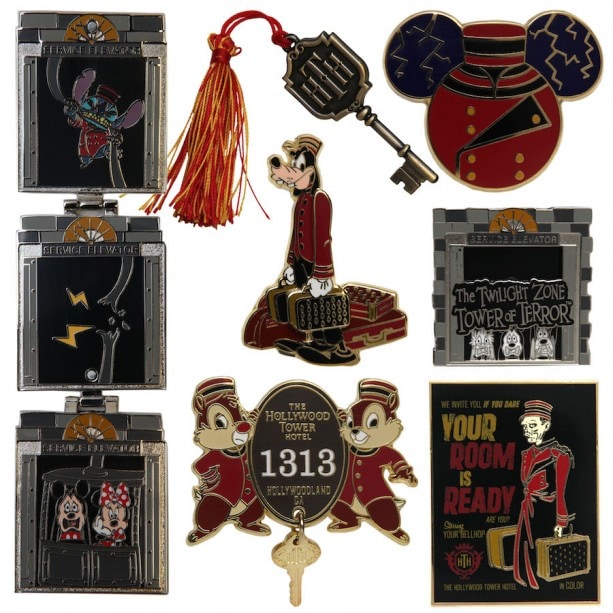 In addition to apparel and other souvenirs, the Disney pin team will release some new open edition pins as part of this collection.

Finally, I invite you to meet some of the Disney Design Group artists behind this collection on Friday, February 13. This event will be held at Tower Hotel Gifts inside Disney’s Hollywood Studios at Walt Disney World Resort from 4:00 p.m. to 6:00 p.m. Disney Artists Tyler Dumas, Brian Blackmore, Richard Terpstra and Quynh Kimball are scheduled to attend.